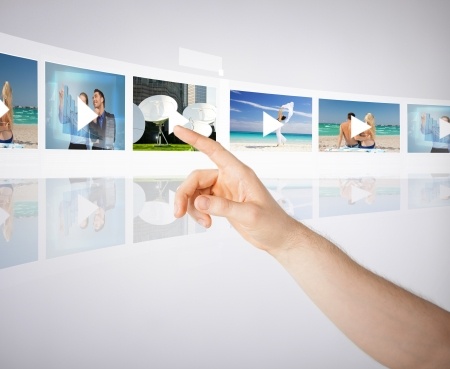 YouTube is arguably the open world’s largest social media platform focused on video marketing and multimedia distribution. Through this platform, even the smallest of brands and individual entities can generate visibility for themselves through the creation and cultivation of content. With the better part of one million hours of video uploaded to YouTube globally every single day, there is plenty of competition – and plenty of opportunities.

Through YouTube’s ad program, brands and individuals can actually generate ad revenue from their content. But ultimately, there are certain restrictions and guidelines that determine how much revenue – if any – can be generated from each uploaded video.

Today, let’s look at how you can maximize your YouTube revenue via ads by choosing select courses of action (and just as importantly, what not to do in order to avoid being demonetized).

Generally speaking, ads do not immediately begin running on videos uploaded to YouTube. There is a review process that can take hours or even days in some cases. This is not ideal – especially if your content takes off quickly and fails to generate ad revenue during this time!

Fortunately, there is a workaround: you can take a self-certification questionnaire when uploading each video to verify that the content doesn’t violate any of YouTube’s ad guidelines. Ultimately, this will allow ads to begin running immediately on each uploaded video. However, it is important to ensure that you’re pinging lists of accurate information with each questionnaire: videos will still be reviewed and if it is found your answers were not correct, it can impact ad placement on future videos.

This may seem rather subjective – and in many ways, it is – but controversial content generally will not be monetized on YouTube. The reasoning behind this is rather simple: advertisers don’t generally like to be associated with controversy, even if it only indirectly. As such, YouTube guidelines define controversial issues as topics that may be unsettling to users or related to tragic events.

This can at times make it difficult to discern what constitutes “controversial” and what doesn’t, but in most cases, if you have to ask whether it is controversial, then it probably is by YouTube’s standards. Interestingly enough, content that preaches against controversial issues can actually be monetized under some restrictions.

Any type of content that promotes violence, produces the possibility for harm or involves dangerous activities cannot be monetized on YouTube. Again, how this is defined can vary depending on each person’s opinions, but there are some common examples that this covers.

Any activity that shows harm or outright danger is excluded from YouTube’s ad programs. This may include grievous injuries or violent crimes caught on camera. Another specific area where YouTube does not allow monetization is for any videos related to firearms. Whether the video advocates for the purchase or use of a firearm or simply shows them in use, you cannot earn ad revenue from it.

Ultimately, YouTube is constantly adding and revising its terms and policies for monetization, pinging lists of new requirements and exemptions on a regular basis. Knowing which types of videos to avoid publishing is a good way to maximize ad revenue, as is being aware of small tweaks you can make to ensure your videos start generating revenue sooner.

Tags:
Ad RevenueAdvertising Revenueyoutube
« Start Getting Ready for the Holiday Sales Season with These Tips
Are You Making Major Content Marketing Errors? »
Share

What Is Black Hat Social Media?
Start Boosting Conversions Today with These Tips
Why StumbleUpon Is Useful and How to Use It