What to Know About Digital Marketing in 2015 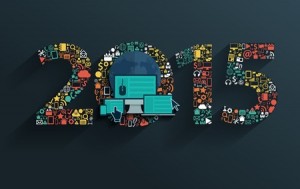 As the nature of digital marketing continues to evolve, many of us are left wondering what’s next. From the age in which digital wasn’t even a thing to the day in which social media advertising now comprises a huge chunk of overall ad spending, we’ve certainly come a long way. With a new year upon us, it’s now an important time in which to pay attention to any changes that may be coming – as well as general stats that continue to shift and change completely. If you want to be in the know about digital marketing for 2015 and beyond, then you’ll be glad to learn about the stats below that help you better understand the present.

Before you can run an effective digital marketing campaign, you first need to understand which devices you should be targeting. Pinging search engines and social media with paid ads will only go so far if they are not in the correct format. As of today, more than 90% of people admit to searching the web on a PC or laptop. On smartphones, that number is only a bit lower – 80%. With tablets, it stands currently around 50%, and via game consoles, it’s approximately 35%.

As far as new devices making headwinds into the search market, there are a few to consider. Smart TVs now provide approximately one-third of all internet users with a form of search functionality. Other items – such as smart wristbands and watches – give about 10% of survey respondents an additional outlet through which to search.

Which forms of content and through which mediums are likely to make the best impressions? Obviously, we want to focus on mediums that are more likely to generate conversions, clicks and other forms of engagement. Social media content by far is the most engaging according to surveys, with 92% of all respondents admitting to buying or engaging with a brand after seeing a post. Other popular formats include eNewsletters (83%), blogs (80%), website articles (81%) and videos (75%). With a couple dozen different types of content through which digital marketing can be effective, you can experiment to find which ones work best for you.

Despite the hoopla about mobile purchasing habits and the like, desktop conversion rates are still the highest of any device. Through this format, expect to max out on average around three percent. Tablet conversion rates are around 2.5%. At the bottom of the list in terms of devices are mobile phones, which only have a conversion rate of 0.75% or so. While people are more likely to buy something from their phone while out and about in many cases, this type of shopping is more dependent upon the environment and a knowledge of what they already want. When it comes to reaching someone who didn’t have an initial desire to purchase a product, then pinging search engines while targeting desktops and laptops is better. Ultimately, your mileage will vary depending on ad campaign, niche and other factors.

How to Increase Attention and Engagement for Your Facebook Campaigns
Google Ads: The Beginner’s Guide
Five Careless Mistakes That Could Completely Muck Up Your Marketing