Marketing Buzzwords You Probably Hear Way Too Much 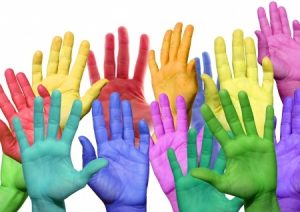 In all honesty, marketers tend to use the same words in their vocabulary. These repetitive words are spoken repeatedly among colleagues, and eventually leak out to the public as well. To the public, the use of the same phrases and buzzwords over and over again would most likely not have much of an effect. In order to combat this, the effectiveness of marketers’ communication needs to be optimised.

Marketing is based on telling stories and building relationships with the perspective audience. However, it is important that marketers are aware of the buzzwords they are using on a repeated basis.

The following are some of the buzzwords that you should look out for this year. There are a few of these words that are relatively new, while others have been around for a few years. They are primed and positioned to make their way into board rooms, conferences and even your psyche.

This is a buzzword phrase that has been used in almost every crevice of the Internet. From forums to blogs and everything in between, “sticky content” is a phrase that simply means that the content contained in the message is so pertinent to the subject matter at hand that it needs to be placed in a position so that returning users can come back and refer to the information on a regular basis.

This buzzword means that data or analytics can deliver a punch to the economy, or the content can help guide companies into understanding health trends, how progress is tracked in low income areas, or even how cultural norms are impacted long term. As a result, the outcome of actionable insights can affect the way the public thinks, understands and even interprets the world around them.

Do you remember it was not that long ago in the early days of Twitter people would constantly be talking about ‘tweeting’? Not many people knew what they were talking about.

As a result, more brands are choosing to ‘snap’ this year. McDonald’s, Amazon and Macy’s are just a few companies that have implemented Snapchat campaigns in recent months. Remember twenty-four months ago if someone mentioned they were ‘snapping’, most people would think they were insane. Fast forward two years, and the platform has seen a consistent increase of users who are actively ‘snapping’.

So, these are the buzzwords that you will hear and read repeatedly in adverts, promotions and conversations. Not every buzzword is bad, but the focus of the message should always be geared towards the end user no matter the buzzword that is used.