Is Workplace Stress Killing You? 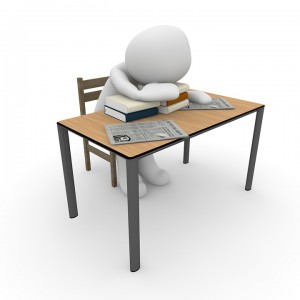 A little bit of stress isn’t necessarily bad, and can sometimes be the kick in the pants you need to get something done.  Many people need a boss somewhere nearby to motivate them to really focus on the task at hand, and that’s one example of low level stress that doesn’t cause harm, and can actually be helpful.

But some jobs, some careers, some businesses aren’t like that.  Some people’s work is literally killing them.  Now, for one, this may be due to how they’re responding to it.  Some people handle stress better or worse than others.  And the responsibility in a position may be handled easily by one person, but may make another break out in hives.

So it is an individual thing.   But, it can also be a cultural thing.  Some industries, some businesses, are fuelled by stress and anxiety.  Investment banking seems to be one such very well known case, where constant abuse and spine crushing stress are a built in part of the job.

Well, the different types of work you can have, have been broken up into four categories, rated on two scales – the amount of control the person in the job has, and the psychological demand of the work.

A passive job is one where you have little control, but also little psychological demand.  The work may not be particularly enjoyable, and may be quite exhausting, but stress wise it’s very much at the low end and thinking is generally not required.  Such work may be manual labour, for example mowing lawns or trimming bushes.

Whereas the other extreme is active work that offers high control, yet has a high mental demand.  For example a surgeon.

Between passive and active is found low strain professions that offer a lot of control and little mental pressure.  They may require a lot of brain power, and you may dwell on solving problems day and night, but the stress isn’t really there.  One exactly could be a research scientist.

Or if we look at high strain jobs, this too is between the passive and active labels, and in this instance there’s high mental demand but with a significant lack of control.  A nurse for example, or perhaps a chef.

How it Affects Health

The lower the strain of the work, the lower the risk of stroke, heart disease, and other stress related illnesses.

And one reason (beyond the obvious) that high stress work negatively affects health, is unhealthy coping mechanisms that people may develop.  For example, over eating, alcohol, smoking, or even worse habits.  In an attempt to ‘switch off’ and numb the stress of the work, such habits can not only negatively affect health but also may even exacerbate reactions to stress since the worker never learns to deal with it in a healthy way.

So you may find this roughly correlates with income.  More income, means more responsibility, and although there is control, there’s also a lot of mental pressure that comes with it.  No money no problems, right?

Tags:
Stress
« 5 Reasons You Shouldn’t Be Afraid to be Funny on Social Media
5 Traits That Can Push Business Colleagues Away »
Share