5 Traits That Can Push Business Colleagues Away 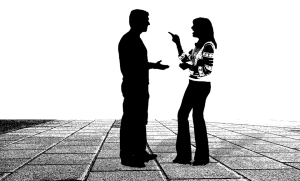 In business, you spend your day around people.  Well, unless you work from home, but even then you’re still interacting with people.  But even if you spend your day absorbed in such tasks as writing computer code, or translating, you still need to interact with people one way or another of course.  So that means some level of social skills.

Now, we all know that one person we’ve worked with who seemed to have no ability to effectively communicate with others.   They may even have been actively avoided by others, but sometimes still thrived as they were so good at their job.  Well, some people are perhaps beyond help as regards the social side of business life, but if you’d like to maximise your career potential, being aware of these traits in yourself, and potentially doing something about that, can be very helpful to your future earnings.

Now it’s worth noting there’s a lot of overlap with some of these traits.  They all deserve their own listing, but you may well find negative traits often bleed into, and influence others.  So by working to be a more positive and productive person, it can positively affect you across the board.

Some people are just over sensitive.  That’s just a fact.  Or, some people just feign being oversensitive, for whatever reason.  But either way, if people feel they need to constantly tread on eggshells around you, they’re going to be incredibly careful about what they say to you, and perhaps even avoid you altogether.  That can negatively impact your working relationships.

Are You a Professional Victim?

Related to the previous point, professional victims are often oversensitive as a habit.   Life is always doing things to them, people are plotting against them, things are never their fault.  Well, it can be hugely draining to be around such people since blame constantly gets thrown around liberally by them, but never at themselves.

Being Negative as a Habit

Okay, this is a very broad trait, and related to all the others, but promotions and pay rises are generally given to go-getters and people with a positive attitudes.  Now, those positive people probably don’t think everything’s perfect, but they generally keep their opinions to themselves, and present a positive front.

A Lack of Self Control

Anger, impulsive choices and action, blowing up at people, even flip-flopping regularly on decisions.  Business, and a successful career, ideally requires some level of poise.  The ability to talk to people fairly and take multiple viewpoints on board.

Some people seem to treat talking about people negatively as a sport, even as a hobby.  Of course, you need to judge people in business, deciding what people are good at, not so good at, and which team they make the most sense as part of.  But such comments should be constructive rather than personal.  Regular negative talking behind people’s back looks hugely unprofessional and reflects very badly on you.  Plus, people will be very careful how they interact with you.

Now, reading about these traits, and even becoming aware of them in yourself, is just the first step.  Making changes to how you interact with people, or even better, making positive changes to your internal emotional landscape, is easier said than done.  However it is possible, many people have done it, and if you really want to reach your full potential, is something very beneficial to your life in and outside of work.

Tags:
BusinessPersonality Traits
« Is Workplace Stress Killing You?
Is 2016 the Year for You to Leave Your Job and Go Self-Employed? »
Share

Break Through the Noise: Tips for Kicking Content Creator’s Block
How to Approach a Blog Owner the Right Way for Guest Posting
Website Time Management and Increasing Productivity