Fake Reviews: What You Should Know 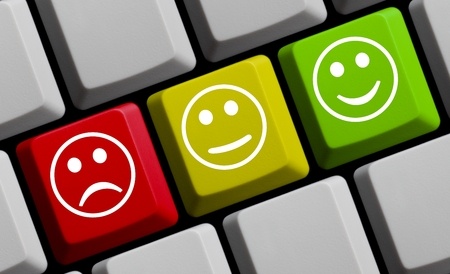 Since the internet has existed, people have been leaving their opinions online for the world to see. Whether it be about specific websites, businesses, individuals or just their thoughts on day-to-day events, these opinions ultimately get read and absorbed by many others. For businesses and brands specifically, the opinions of others can have a cascading effect on brand perception and long-term potential.

For businesses in particular, reviews are a lifeline. However, there is an ever-growing trend of reviews being left on prominent platforms that are fake in nature. Some of these reviews are promotional in nature and designed to bolster a brand’s trustworthiness, while others are negative and aimed at undercutting competitors.

Today, let’s look at what you need to know about the increasingly common dynamic of fake reviews.

Fake Reviews Are More Common Than You Think

It might be scary to think about, but the prevalence of fake reviews on most platforms commonly used by brands and consumers alike is immense. On marketplaces such as Amazon, some independent estimates have suggested that a majority of reviews in select categories are fake: comments that have been purchased by sellers to boost their overall credibility (though Amazon and others directly involved dispute these figures).

Likewise, there are “review farms” around the world that are dedicated to allowing businesses to purchase reviews – both positive and negative – for a variety of common platforms such as Amazon, Yelp and even Google. The goal of the buyers is to ensure they’re pinging users with the opinions and feedback desired, thereby creating an authoritative opinion that is unearned.

Fake Reviews Are Being Weaponized

As previously mentioned, fake reviews don’t just come in the form of glowing recommendations for brands that haven’t earned it. Increasingly, brands and shoppers alike are utilizing fake reviews in the negative to achieve select outcomes or advantages in the marketplace.

Most commonly, negative reviews that are fake are being purchased by competitors to slowly whittle down the opinions of shoppers and consumers who might decide to engage with a particular business. This can range from online entities with mass appeal to small, local businesses. Particularly for the latter, these negative fake reviews can be devastating long-term.

Less common but still prevalent, shoppers and consumers will weaponize reviews to be picky or otherwise generate a desired outcome after shopping with a brand. This could be to manipulate the terms of service in order to receive a refund, or someone who wishes to be compensated beyond their exchange in order to remove a fake review.

How to Remove Fake Reviews

Unfortunately, there is no one method for removing fake reviews. Every platform has its own procedures for how brands can dispute otherwise disreputable feedback. Some platforms actually require the feedback to violate one or more elements of its ToS, which can often make removing fake reviews that were paid for very difficult (if not impossible).

While other platforms offer more flexible criteria, it can still be an arduous process that is time-consuming. This can result in negative fake reviews being visible for far longer than would otherwise be ideal. These frustrations have even led some businesses to purchase fake positive reviews to offset the damage of negative comments pinging users and shoppers.

Ultimately, fake reviews are a huge problem. If your business or brand becomes big enough, it will likely fall victim to this ploy. Likewise, if you’ve been tempted to utilize such services to bolster your appeal, know that it isn’t worth it: the long-term risk of being caught – and the consequences that come with it – far surpass any temporary benefits. Nevertheless, countless brands and individuals are engaging in this behavior that muddies the waters of otherwise legitimate feedback and commentary.