Everything You Wanted to Know About Earned Media 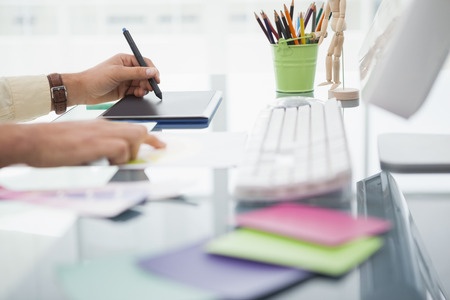 Earned media is a phrase many people have heard, but do not necessarily understand. More likely than not, the average brand or business today is more familiar with the concept of paid media: marketing solutions where visibility and reach are made possible via ad budgets.

While paid media has its own place and can be incredibly useful at boosting visibility, earned media offers a different yet equally powerful set of benefits. For brands who are able to earn media without the need to give a share of their profits in exchange, the benefits can be astounding.

Since earned media is so often misunderstood, let’s dive into the topic and explain everything you need to know about the concept.

The Difference Between Earned Media and Paid Media

Generally speaking, there are two commonly-mentioned forms of media: earned media and paid media. Paid media is all-encompassing and generally involves various aspects of marketing. This can include television commercials, search engine and social media ads, and radio spots. Paid media can be an excellent, quick way to get a message out to a target audience, but earned media has its own value.

Earned media is mentions, public attention and other forms of exposure that you do not pay for to receive. This can include blog shares, mentions and stories on local news outlets. Reviews and search engine results can also be considered forms of earned media, as you do not pay for them and they are not bestowed by a media outlet or platform.

The Value of Earned Media

When others are pinging your website or brand mention to audiences, this provides a meaningful form of exposure. While paid media revolves around the premise of buying attention, earned media generally costs nothing to obtain. Additionally, audiences often respond better to brand promotions via earned media than through paid media, making each impression much more value per capita.

Even in situations where brands manipulate the concept of earned media, it is far cheaper than investing in paid media. If you’ve ever wondered why businesses send out sample products to influencers and reviewers in the hopes of scoring reviews (good, bad or indifferent), then this is why. For a fraction of the price of purchasing social media, search engine and traditional marketing ads, brands can often drum up tons of write-ups and reviews for their products, services or brands that continue to deliver results for months or even years after publication.

How to Get Earned Media

There are numerous ways to generate earned media and have all manner of other businesses, media outlets and visitors pinging your website with interest. Some are entirely organic (such as being picked up by a local news station due to a human interest piece) while others are influenced (such as by giving products for reviewers to try out).

Other options – such as HARO and in-person/local networking – can also deliver meaningful results when pursued consistently.

Ultimately, earned media has innate value that paid media cannot provide. Now that you better understand the basics of what earned media entails, you can hopefully put to use its benefits and features and elevate your brand or business to new heights.