LinkedIn Answers – Everything You Wanted to Know 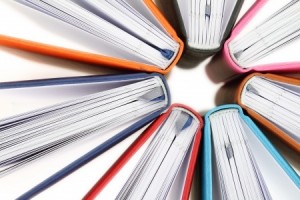 With the development that LinkedIn has now reached two hundred million users, many are asking questions that pertain to the constituency that uses the social network. With so many professionals taking advantage of the online hub, it is now very intriguing for many marketers who wish to optimise their marketing efforts and target key individuals who will be receptive to their message. For those wishing to learn more about the dynamics of this base of nearly a quarter billion people, we have compiled various stats to help you get a bigger picture of the worldwide network that is LinkedIn.

What Countries Use LinkedIn?

Users from virtually every country are pinging networks on LinkedIn, but there is a clear concentration of where the bulk of users reside. In fact, there are over a dozen countries in which LinkedIn is in the top 10 of the most visited websites in that country. Canada, Australia and several western European countries all are included in this list, as well as India, Pakistan and Singapore. Trends suggest that countries with higher skilled workforces rank LinkedIn very highly in terms of the most visited website, while countries with less prevalent access to internet tend to rank the lowest.

This expansive network of users is growing at a quick rate: it is averaging over 100 new users every minute. At this rate, LinkedIn will add another fifty million users by the end of this year. The average salary of a LinkedIn user is quite high; it is reported to be around $90,000 per year. This is self-reported, so the statistics may be skewed by those who wish to appear wealthier than they truly are. Two-thirds of those pinging networks on LinkedIn are doing so from home, while those with no college education are very sparse on the social network.

There are over 14,000 groups on LinkedIn that professionals from across the globe use to network with one another, share tips and ultimately build stronger credentials within their niches. The company currently has over 3,000 employees that work in 17 different countries, and the company as a whole earned approximately two hundred fifty million dollars in the third quarter of 2012, nearly double what it earned one year ago. Businesses are also prominently featured on the social network: there are nearly 3,000,000 company pages currently listed. The site offers itself in 19 different languages.

Those who have a marketing approach that caters to professionals in any and all age groups will find the demographic development of LinkedIn to be receptive to their efforts – assuming the marketing effort is well-considered prior to deployment. As LinkedIn continues to rival other major social networks while retaining its one-purpose niche, marketing efforts will increasingly take into account the effects LinkedIn can provide to boosting exposure. There simply cannot be a marketing strategy that is both viable and does not take into consideration the impact LinkedIn can have on your success. Consider the statistics mentioned here today, and ask yourself if your product, service or cause could be furthered by utilizing LinkedIn for additional leads.

Use These Tech-Approved Methods to Boost the Reach of Your Facebook Posts
Online Directory Submissions – Are They Good for Your Business?
How to Secure Guest Posts For Your Site When You Have No Reputation