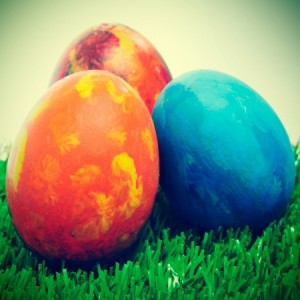 As Instagram continues to shock the masses by being one of the fastest growing social media networks, more and more brands have decided to begin using it in order to connect with new audiences from around the world. Once considered merely a photo-sharing hub, Instagram has made many changes to how it works since its inception, with several big changes being made in just the past few months. As a result, many Instagram users are excited about what this means for their content and marketing strategies in the future. Whether you have just begun using the network or are a long-established user, we’ll talk about three utilities that you can put to use in order to boost influence and reach on Instagram.

Known in a previous life as Followgram, Collecto is a great tool for monitoring your current connections and fetching stats on your own posted images. From its dashboard, you’ll be able to see which images have been pinging users the most, which images have been newly-posted from those you are following and plenty of customization options for your own images (in the form of URL structures and custom photo albums). This will present you with plenty of information that can then be used to further promote your posts that are doing well and opportunities to engage with followers and fans’ photos as well, both of which can boost your overall influence. Collecto can be used for free, but many additional features can be unlocked with one of the two premium versions.

The more regularly you are able to post to your Instagram account, the more you will be seen by followers – and everyone else, for that matter. Until recently, having the ability to schedule posts in advance was simply not possible, and it remains to this day impossible through the default Instagram interface. Enter TakeOff, which empowers Instagram users to evaluate which times their audience is most active (through other utilities), and then schedule their posts to be published during these times. This app is still in beta and has yet to work out all of the kinks, but it is proving quickly that it will be a formidable utility to those who want to boost influence on the network in the long-run.

Last but not least, Like2Buy can be another effective way to boost exposure through Instagram by embracing the notion of product placement. Unlike many other social networks, Instagram (along with Pinterest) has proven to be a powerful network in which users actually appreciate seeing relevant products featured in one way or another. Like2Buy allows account users to share photos of specific products through their Instagram accounts – with links to the products’ pages or similar sites where they can be purchased. In exchange, users are compensated for any products purchased (or in some cases, compensated for clicks). This revenue can then be used to further expand pinging users with your marketing efforts on the social media network. Like2Buy is highly recommended for those who have been seeking a way to monetize their existing audiences on Instagram.

Tags:
Instagrammarketingsocial media
« Important Marketing Stats to Know for 2015
How to Build Your Website’s Clout with Bing »
Share

Which Social Media Strategies Also Help with SEO?
How Businesses Benefit from Social Media and Web Presence
How to Get More Bang for Your Buck with Content Marketing