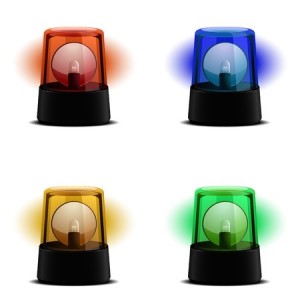 Much criticism has been lobbed at Google Alerts recently due to major changes that have left the system effectively unusable by many. As a result of increased demand on behalf of those needing a stable alert system, a new contender has emerged known as Talkwalker. This major development works as you would imagine, by pinging sites such as Google for information and updates on the keywords that its users specify. With so much buzz about the need for a Google Alerts replacement, we were left wondering whether or not Talkwalker is the future of alerts. To find out more about how this service may be the next big thing, continue reading below.

Upon first impression, Talkwalker seems like a straight-forward enough tool in terms of the interface and sign-up process. It is very similar to Google Alerts, which was no mistake – despite the current criticism, Google Alerts was a very popular tool. You can enter a query and specify specific updates for blogs, comments, articles or all of the above. Next, you select the applicable languages and how often you would like to receive updates, followed by your email address. You were expecting more? That is the amount of effort it takes to sign up for new updates using the Talkwalker service.

In the past, some Google alerts would seem delayed; updates sometimes would not show up for days when they were clearly indexed by Google. This is one area that Talkwalker seems to have improved upon with their debut. In some cases, the alerts arrived within one hour of the content being published, giving confidence to the idea of switching over from Google once and for all. While results will vary between various keywords, it is reassuring to know that the tool performs at least as well as its predecessor.

Currently, the basic alert service that Talkwalker provides does not make it great for using it to keep tabs on specific websites. When pinging sites for information using this service, it will need to be a rather large site – in other words, one that is prominent enough to be read as a keyword in itself. The limitations of advanced syntax make it not as appealing for those who still can use Google Alerts, and there is also an issue with no current support or documentation for troubleshooting or optimizing your alert queries. Still, the service is new and has plenty of time to adapt, considering that the issues with Google Alerts now appear to be permanent.

For your standard keyword alert queries, Talkwalker will make an excellent replacement for Google Alerts. Like most alert services, there are still flaws that need to be worked out and will hopefully be addressed in the coming weeks and months. It would be reasonable to expect Talkwalker to become a major power player in the online alerts industry if it can successfully lobby enough Google users to abandon their current solution and try out a similar service. The response times of the alerts and the ease of using it both give it a great shot at realizing this dream.

Three Important Content Metrics That’ll Tell You More About Your Strategy
Vital Tips for Optimising Your Blog
Why Choose WordPress For Your Business Website?