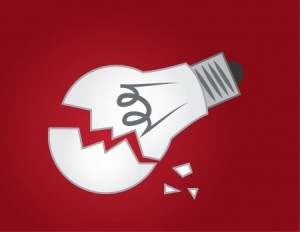 Twitter is arguably the second most popular social media platform through which countless millions of people express themselves daily. It can be a bit confusing for some who deal with content marketing and creation to keep up with all the little nuances of each social media network, but Twitter is one that cannot be ignored. Much like Facebook, Twitter has its own algorithms for how people see content posted to it; they tend to promote certain types of posts over others. We have learned as of late that Instagram has several disadvantages to it when it comes to this dynamic – particularly with Instagram. Why should you avoid Instagram? We’ll discuss the reasons below so that you can be informed.

Social media is great for pinging users with a variety of content forms, but each social media site has its quirks. On Twitter, it’s generally not a good idea to use other social media sites as a gateway to your content. After all, these huge networks are constantly in competition with each other and their algorithms will seek out those who share content from other sources. Instagram in particular is owned by Facebook, which is Twitter’s biggest competitor. In general, you should expect to encounter social media resistance with anything that is shared from another network – especially one as big as Facebook.

Even since Instagram was acquired by Facebook, there have been a number of hurdles placed in its way by other social media networks. What was once a small photo sharing site now finds itself facing opposition from virtually every other network due to who owns it. Twitter in particular has made the statement of “to make sure your fans always see” your photos, it is vital to use the built-in photo sharing service. This was a direct snub at Instagram and tells us that the network is suppressing via its algorithms the use of Instagram-based tweets. This is in many respects similar to how Google will prevent you from pinging users if the content is deemed inferior or illegitimate in some capacity.

Perhaps what prompted this recent change by Twitter more than anything is the fact that Instagram now has more monthly users than Twitter (300 million versus 285 million). What this means for Instagram users who are engaged in content creation and marketing is simple: Instagram is now large enough that it can sustain its own social media efforts. Why worry about sharing a photo from Instagram on Twitter when you can reach just as many people through Twitter? While you may not be able to take advantage of cross-platform fan recruitment like what was once possible, you may still find benefit in reversing course. Instead of sharing Instagram to Twitter, sharing Twitter to Instagram may now be a more valuable tactic to consider.

It is simply too risky to share Instagram posts to Twitter these days with the changes that have been recently made. There are still opportunities for sharing, but we recommend that when using Twitter, you’ll be better off simply sharing photos through its service than through Instagram.