What is Ghost Banning and How Can You Avoid It as a Marketer? 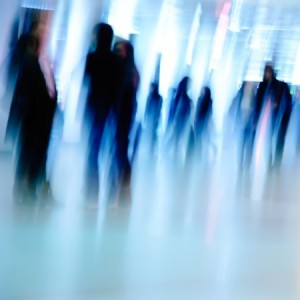 We all may be guilty of promoting our own projects and businesses on other websites, but most of us follow a golden rule of sorts: always be constructive, incorporate your plug into the subject material very naturally and do not be a nuisance. Generally speaking, this is enough to prevent anyone from deleting our comments or blocking us from contributing in the future. With the internet becoming more and more sophisticated, however, some protocols have led to the act of ghost banning. What exactly is ghost banning and could it happen to you? Continue reading to find out just how this might affect your future marketing.

Ghost banning is a relatively new aspect of blocking an individual’s activity without actively alerting them to the situation. Often referred to as a smarter way to deal with malicious or mischievous people, ghost banning in many forms will still allow affected users to post and otherwise interact with the website or profile in question – with the caveat being that their published content does not actually show up for other users to see. Usually, this form of banning affects people who are pinging links to various sites over and over again, alerting administrators to the possibility that they may be spammers.

Still, the art of ghost banning is not perfected and even if it were, there is ample room for the protocols to ultimately impact people who are not spamming. One example would be someone who posts on a blog that deals with a controversial topic, such as politics. Perhaps the individual posting has had numerous comments flagged or down-rated, which can send off alerts to any system that utilizes ghost banning. Your account may temporarily be ghost banned while administrators have the time to sort through your comment history and determine whether or not you are a spammer or just an innocent casualty.

How To Avoid It

Virtually all major social networking sites have some form of ghost banning in effect – most of us simply never trigger the mechanisms that bring it into enactment. Still, many blogs and primitive social networking hubs like Craigslist do use this as a way to thin out spammers. What makes them take a second look at your account? The single biggest factor in getting ghost banned is pinging links more than once in a given period of time. The length of time varies with each network and pinging a link more than once is not necessarily going to get you ghost banned, but it is the single-largest indicator in how sites isolate and flag accounts.

Sharing a variety of different links can actually help you – assuming they are from different domains. This gives the impression that you are actually sharing and not spamming; after all, why would a spammer suggest a dozen different websites to their “friends”? If there is the ability to interact with the platform in different ways – such as liking others’ posts, sharing different types of multimedia and following other people – then engaging in these actions will help solidify your account as a legitimate user and not someone who solely shows up to spam.