The “Dislike” Button Is On Its Way – What Will Happen to Your Brand? 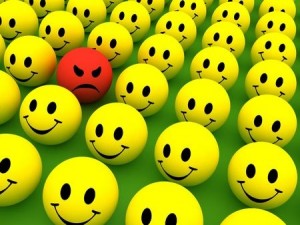 For the longest time, Facebook users have wondered when the company might finally add a ‘Dislike’ button or link. For so many posts, the notion of liking makes no sense. When tragedy strikes or when hotly-contested opinions are being expressed, it seems as if an option other than “Like” should be available. Facebook, however, has been apprehensive about implementing such a feature – for many of the same reasons that businesses and brands might worry about what it could mean for their presences on the network. Recently, Mark Zuckerberg announced that Facebook would soon be unveiling the ‘Dislike’ button in a limited way, expanding it fully across the network at some point afterwards. What will happen to your brand or business when the ‘Dislike’ button arrives? Below, we try to provide some insight and answers.

The Potential Effects of Likes/Dislikes

Most social media-aware brand managers understand that the more likes that a brand receives, the more visibility such posts generate. A post – whether it be on a business or a personal profile – will quickly “snowball” when a large amount of likes is gathered within a set time period. Many brands are worried that a spike in dislikes on a post might result in pinging noise throughout the algorithms that Facebook uses. In other words, would a large number of dislikes in a small period of time nerf overall post visibility? Considering the original demands for a ‘Dislike’ feature centering around bad news, we wonder whether the concept of a dislike feature for business pages at all will be an issue. However, it would seem that a logical implementation of the feature would not result in automatic visibility reductions, due to the number of ways in which a dislike sentiment can be expressed.

The Potential Effects of Less Commentary

Many brands and businesses are worried about another effect that the dislike button might provide: a lack of commentary. Currently, we know that a comment on a Facebook post is worth more to the social media outlet’s algorithms than a like, and will help to further boost visibility of posts. Especially for blogs and media outlets that generate controversy by debating hot-button issues, the options of ‘Like’ and ‘Dislike’ could possibly serve as outlets for expression of opinion in a way that is not currently provided. In other words, fewer people might bother to comment when they can express an up or down opinion without saying anything. As such, many brands have expressed concern that this could impact reach and visibility. Again, we expect that Facebook will be carefully considering these issues before full deployment and will work out a compromise to ensure fair treatment.

The Potential Concerns for Abuse

If Facebook does in fact opt to penalize brands that receive lots of dislikes in one way or another, then there is also the possibility for abuse by individuals and other brands. For instance, purposeful sabotage of other brands’ posts by a given company in order to reduce their visibility could become a reality in this case. Nobody wants to be pinging noise that nobody can hear due to malevolent entities damaging their reach through dislikes, so this is yet another concern that Facebook developers will have to consider before deploying the option.

Tags:
Dislike Buttonfacebook
« Three Resources for Syncing WordPress Posts with Social Media
Getting to the Bottom of What’s Killing Your Traffic »
Share