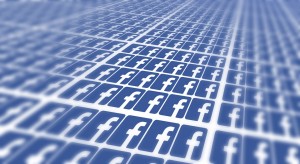 In late February, Facebook unveiled its new Reactions system to the world. For years, people have been discussing the concept of a Facebook interface with more ways to respond to content than through mere “likes”, but Facebook took its time in developing a system that it believed would best be appropriate for the situation. Rather than adding the often-desired “dislike” button, Facebook opted instead for a Buzzfeed-like solution that allows a wider range of emotions to be displayed with each post. Many brands and businesses on Facebook are concerned about what this new system will mean for their content, their pages and their overall reach. While all of the details have yet to be determined, we’ll discuss some of the basic implications that the Reactions system will have on your overall experience.

Since the dawn of the social network, the “like” feature was the only option for engaging with a post in passive terms and without formally writing something. Facebook has listened to the concerns of its users and added five additional reactions that can be utilized to express emotion. Perhaps most related to the original reaction, the “love” feature can be used to express an especially large amount of pleasure with a post. In addition to that, there are four others: the “Haha” reaction, the “Wow” reaction, the “Sad” reaction and the “Angry” reaction. By covering sadness, happiness, humor, surprise and anger, Facebook believes that it has all of its emotional bases covered.

With these new Reactions, Facebook brands and businesses now have a better way to track responses and sentiment from audiences about a wide variety of content selections. Regardless of effort, no given audience is uniform: the Reactions system will allow brands to quickly determine whether their content is having the intended effect. In the short-term, the “Like” feature will probably remain a default expression for many. Over time, however, pinging servers with different reactions will become more common-place for the bulk of Facebook users.

In addition, these Reactions will shape how audience members view your brand and its offerings. This can be a true learning experience in both directions, as a particularly emotional or poorly-written post may generate substantial amounts of alternative opinion that doesn’t necessarily appear in comments.

Many brands have been worried for ages that any changes to the “Like” system would result in increased or decreased visibility for their posts, especially in the event of a “Dislike” feature. However, the Reactions system is designed in such a way that no apparent changes to visibility will be attached to this system. Since simple human emotion in regards to the post is being measured – rather than the quality of the post itself – your updates will continue pinging servers on Facebook with the same visibility as before.