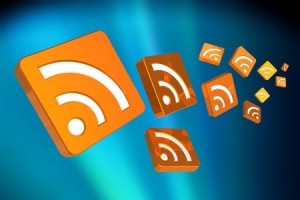 Brands have been using Facebook to connect with like-minded audiences for several years now, but the way in which this occurs has changed. Not too long ago, Facebook decided to move away from a mainly organic algorithm system – in which most people who have liked a page see its updates over a given time period – to one in which only a fraction of people will see its posts unless they are reinforced by paid ad campaigns. Because of this, squeezing as much efficiency out of each post is vital. Below, we’ll discuss how you can increase Facebook feed visibility of your posts to ensure as many people as possible receive your updates.

Encourage Them to “See First”

Recently, Facebook did provide one benefit to page managers who wish to increase their visibility in the wake of changes made to encourage ad spending. There is now an option known as “See First” available for all Facebook pages, which can be activated by each individual audience member. In order to activate it, the user must click on your page and then click on the “Liked” button at the bottom of the cover photo area. From here, they can select “See First”, which will prioritize updates from your page in their news feeds. We recommend that you begin pinging users with this information in occasional posts, as well as editing your cover photo to point out where the option is and how to activate it.

In order for your posts to be as visible as possible, you need to be sure to produce several on a daily basis. The average Facebook post has a half-life of around five hours, which means that a post published in the morning will likely be dead in the news feeds of most by the evening. Each Facebook post made should be configured to post at specific times throughout the day, coinciding with your audience’s tendencies for activity and in order to have a thorough spread of posts all day long. With the scheduling feature available for all posts, you can configure the entire day’s (or week’s) posts in advance, with them being published at the times and on the dates you specify.

Facebook rewards great posts with more visibility. How is this determined? In short, posts that are considered “great” by your audience will naturally receive more likes, comments and shares. As this momentum builds, it results in more people being shown your post in their news feeds. Because photos and videos have a documented history of performing better on Facebook than mere text-based posts, pinging users with this type of media is the ideal way in which to get the most mileage out of each post and boost overall visibility.

Facebook has made it more difficult to reach your entire page audience without paying to do so, but boosting visibility is still very doable. By using multimedia to increase interest, updating regularly to ensure posts are already being circulated, and encouraging people to select the “See First” option Facebook provides, you’ll be able to gradually increase the impact that your brand has on Facebook.

Mistakes That Can Cost You Your Facebook Account
Will Social Media Marketing Change in 2017?
How to Increase Brand Loyalty via Social Media