The Difference between an Employee and a Freelancer 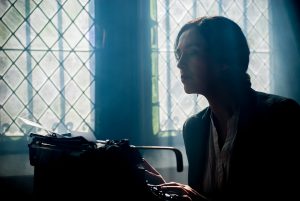 When hiring, it’s not only the type of people, their skills and abilities that you need to think about – deciding whether to hire employees or freelancers is a big question that more and more business owners and managers are facing today in the age of the remote worker. Whilst each have their own specific set of benefits and drawbacks, the main thing to consider when hiring either employees or freelancers is that you have the right people on board to work alongside you in your business. Before you start, however, it’s vital to be aware of the main differences between the two:

Freelancers Work for Themselves

Although any freelancers that you hire will be carrying out work that you have asked them to do, the main thing to remember is that freelancers are self-employed individuals, rather than being employed by you. Although some freelancers will agree to sign contracts detailing what they agree to do for you, you’ll need to bear in mind that freelancers tend to have the right to refuse work or even stop working for you without notice in some cases. Although freelancers are often the cheaper option, they can also be quite risky in this aspect.

For the most part, freelancers are not paid an hourly or monthly rate of pay. Because of this, it’s no surprise that hiring freelancers is becoming an increasingly popular choice amongst business owners who may not yet have the capital needed to afford to pay a regular wage to full-time employees. Because freelancers are paid per-project, many employers who hire them also find that this works well when it comes to productivity and the amount of work that actually gets done, as most freelancers want to maximise their earnings as much as possible.

Freelancers Pay Their Own Tax

When hiring freelancers, there’s no need to worry about making sure that you’re paying tax on their earnings. Since freelancers are self-employed, it’s down to them to make sure that they calculate how much tax they owe and pay it on time. Most freelancers will work together with a personal accountant in order to ensure that they are compliant with tax regulations, and therefore this isn’t something that you will need to worry about at all as an employer. For new business owners who are already juggling a lot of different things when it comes to getting their company up and running, this makes hiring freelancers a very attractive option.

One of the main differences between employees and freelancers is that whilst employees tend to work at your office or other business location, freelancers for the most part will work from their own home. One of the main reasons why people decide to freelance is to have the freedom to not have to physically go to work; therefore hiring freelancers is often only a good idea when it’s for tasks that can be done remotely. Thankfully, modern technology means that this is most business tasks!

Do you prefer hiring employees or freelancers? We’d love to hear from you in the comments.

Tags:
EmployeeFreelancer
« Do You Need Insurance to Work from Home?
Why You Need to Make Last Postage Dates for Christmas Clear on Your Website »
Share