The Benefits of Using a Sandbox for Website Testing 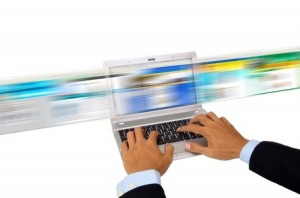 Testing is a crucial part of web development, and it is typically done before the website is released to the public. Because of how important it is, businesses must ensure it is done right. Web developers use sandbox environments that simulate real computers to test websites and find and squash any bugs they come across before these bugs are discovered by end users. In this article, we will look at some benefits of using a sandbox.

What is a Sandbox?

Many of the benefits that stem from using a sandbox for website testing can be gleaned from its definition and how it is used.

A sandbox is a software testing environment that allows web developers to execute and test websites so they can be evaluated and monitored independently.

Sandbox environments are also used for testing software. Developers use them when testing patches, adding new features to a website or web app, identifying and eliminating bugs, and checking if there are cybersecurity vulnerabilities that would be a concern for the web developer or software programmer.

Security is a serious concern when developing any website. A web developer must test whether their website has any security vulnerabilities in a secure and isolated environment. This is because they do not want to test their websites where they can be reached by malicious actors who could plant bugs or backdoors that could end up in production.

Additionally, developers can work alongside cybersecurity experts to unleash malware to see how it affects their websites, especially in cases where the website is developed as an app. By using a sandbox, the developers can stop it from spreading to the rest of the network.

The production environment is the environment within which a website will run. This is typically the server. Every server is different because each has different software and services installed on them.

Each of these software and services can affect how the website runs. To eliminate variability, a developer can create a sandbox environment that mimics their production environment.

By doing so, they can know how their website will act without worrying about unintended consequences and interference.

Testing your website on different devices is important because everyone has different devices with different capabilities. For example, one user may be using a high-end computer connected to a gigabit connection and another may have an older 3G phone.

To ensure the best experience for both, the developer must test their website against both conditions and a diverse array of other conditions. They can set up different sandbox environments to represent a group of devices against which to test.

Modern websites use different APIs for different functionality. Developers can test their APIs on sandbox environments, testing their code against specific web services from these APIs. By doing so, they eliminate the variability of fetching an API through the internet.

Using a sandbox is very helpful for developers who want to test their websites, add features, remove bugs and check whether their websites have security vulnerabilities. Their isolation and ability to set up custom sandbox environments are what make them so powerful and useful.

How to Boost Your Conversions without Offering Discounts
New to Graphic Design? Check Out These Resources
Why Cryptocurrency Is Good for SEO and Business