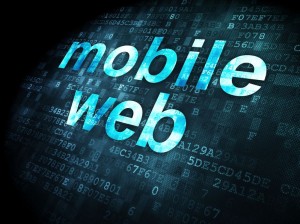 Facebook’s advertising platform has been a relatively recent development, but it has proven to be instrumental in allowing webmasters, companies and institutions to advertise their products, services and causes to those who are most interested. With advanced targeting features, anyone can locate and isolate particular Facebook users that will be most likely to respond to any given ad and use that information to make advertising quite effective. Facebook also allows ad campaigns to be run using desktop or mobile only audiences, giving you greater ability to custom tailor an advertisement to your tastes. We will discuss the main benefits of using mobile-only advertisements in your next Facebook campaign.

Facebook’s advertising platform has allowed anyone – from someone selling homemade crafts to a Fortune 500 company – to effectively target an audience cheaply. When talking about PPC and CPM, Facebook’s pricing structure is variable but in most cases beats competitors such as Adwords by a significant amount. In many cases, several thousand targeted impressions can be procured for less than $1.00, while clicks (PPC) can be secured for $0.50-$1.50 per instance. This system is especially good value considering that you are able to use images in your advertisements; systems like Adwords only allow text.

Recent statistics available after Facebook’s short history with mobile advertisements show us that the click through rate (CTR) is much higher than on traditional desktop computers. Ads that have been running in the mobile news feed section of the Facebook app have been shown to have a ~1.2% click through rate, compared to 0.8% on traditional desktops and 0.6% in the desktop news feed. Compared to Twitter, Facebook mobile ads are excelling: the click through rate for Twitter in the same study was shown to be only 0.25%. It would definitely seem that the likelihood of being seen is far higher on Facebook’s mobile platform than anywhere else.

Unlike traditional Facebook ads, mobile Facebook ads show up directly in one’s news feed much like a sponsored story. While some may see these as obvious advertisements when popping up in their news feeds, many click the ads as they are interested in the content. When dealing with traditional desktop Facebook advertisements, we have to remember the stigma and connotations associated with the average viewer’s mind: most have learned how to ignore any ads that appear in the traditional format, but many have not yet adjusted their browsing habits in the mobile version and will be more susceptible to your advertisements.

While you may choose to go with mobile only advertisements after reading this article, there is obviously an advantage to using a combination of mobile and desktop advertisements to see which combination of advertising works best for you. Having your advertisement available and streaming across numerous browsers is vital to market penetration and can make the difference between success and mediocrity.  You can later go back and revise or terminate any unsuccessful ad campaigns, giving you more resources to use on the successful ones.

Tags:
facebookFacebook AdsMobile Marketing
« Does Your Business Use Pinterest? If Not, Why Not?
Dealing with the Bad Actions of SEO Providers »
Share