Smartphones are Now the Primary Devices for Web Searchers 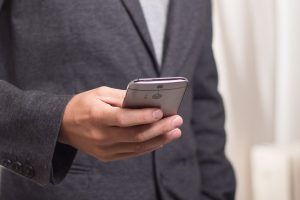 Not too long ago, Google officials made a daring announcement stating that mobile search would one day override PC searches on their search engine, and the day is finally here. Mobile searches have officially surpassed all other forms of search in many countries including the US and Japan. But what does it mean for the future of search and can we expect mobile search to completely override all other search forms?

While Google stated that mobile searches were up across the board, they did not specify how much of the search came from their mobile search app and from their browser, even though both factors were taken into consideration. They also grouped tablets with PCs, which means that mobile search outnumbers tablets and PCs combined, making mobile the main form of search for the majority of users in most Western countries.

In the UK, it is said that the average user uses 3.3 connected devices on average and that the popularity of mobile search has nearly doubled over the last 5 years. While the percentage of Internet users skyrocketed 56% in 2012 to now 68%, the biggest shift is by far when it come to the number of smartphone users. In 2012, only 1 out of 3 users gathered from over 40 markers had access to a smartphone, now, over 70% of all Britons have access to a smartphone. 65% also said that they use their smartphones and computers almost equally, which is a major shift from 2012 when only 35% of those polled had the same answer.

The Shift is Even Bigger with Millennials

What does it all mean for the Future of Search?

The advent of mobile completely changed the search paradigm and should prompt people doing business online to immediately assess the situation and transform their strategies to fit the new reality. Mobile is here, and here to stay, and if marketers want to get results from their marketing efforts in the future, they will need to take this fact into consideration. We can also expect Google and other search giants to tailor the experience for mobile even more closely and do everything in their power to penalize those who refuse to embrace change.

As a matter of fact, Google made its announcement following a series of changes to its AdWords platform and Google display network. This also gives a whole new perspective on the recent algorithm change Google has been unravelling over the last few years. For many years, many observers stated that mobile would become the primary screen for marketers, and it now seems to be a reality.

Tags:
GoogleSmartphonesWeb Searches
« 3 Ways to Grow Your Podcast Audience
Why an SEO Audit is Important When Launching a Website »
Share