Other Major Search Engines You Should be Targeting in 2022 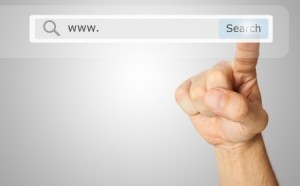 For 20 years, Google has more or less dominated as the world’s preeminent search engine. While a variety of other contenders have come and went over the years, Google has consistently remained on top, capturing 80-90% of global search traffic as of today.

Another oft-mentioned alternative, Bing, pales in comparison on a global scale. With Bing being a distant second-place contender, it can be understood why many do not focus on targeting users across other search engines.

Becoming increasingly popular due to the fact that it does not track users and avoids ads, DuckDuckGo is a privacy buff’s go-to search engine. Currently receiving approximately 100 million searches per day, there are plenty of reasons why being visible on DuckDuckGo matters.

There is one downside, however: DuckDuckGo does not utilize its own algorithms to determine rankings. While many search engines actually use other search engines to power them (for instance, Yahoo utilizes Bing’s search), DuckDuckGo uses a combination of search engines. This means nailing down exactly how to rank prominently isn’t as easy as other options on the list – but some have found promising results and its relatively large share of the market makes it a worthwhile target.

There are plenty of search engines that are big in a single country, and Yandex is one example. The biggest search engine in Russia, Yandex manages to rank as one of the most visited websites in the world.

While pinging search engines with a larger audience may seem like a better option, there is arguably no better way to target Russian speakers than by focusing on Yandex. Anybody seeking to expand their visibility and clout among this particular audience cannot overlook Yandex – and with more than 150 million native speakers, it is not an audience globally-focused brands want to overlook.

China is the largest country in the world, and Baidu – a Chinese-native search engine – is arguably the largest search engine besides Google. Accessible from anywhere but only available in Chinese languages, Baidu generates hundreds of millions of search results every single day.

The Chinese market is without a doubt the fastest-growing segment of the economy and internet in general, so brands and businesses have ample reason to focus on ranking in these results.

Last but not least, the AOL search engine deserves mention on this list. Still in the top 10 global search engines, many haven’t thought about the term “AOL” since the end of its instant messenger service. However, its search engine is still in use by millions of people every single day, and powers many crucial search functions on a variety of websites.

AOL effectively utilizes Google’s algorithms for its results, but they are modified in a handful of ways. This means that – at least for most brands – good rapport with Google means you’ll have a strong foundation for ranking in AOL results as well.

While one search engine encapsulates a large majority of global search traffic, pinging search engines besides Google is still a great way to target niche audiences and circumvent competitors. Because of these benefits, it is recommended that you consider targeting one or more of these worthwhile search engines in order to grow your search-based internet presence.

Tags:
Search Enginesseo
« Checklist: What You Need Before Opening Your First Thrift Store
How to Use the robots.txt File to Your Advantage »
Share