Google+ is Open to All! 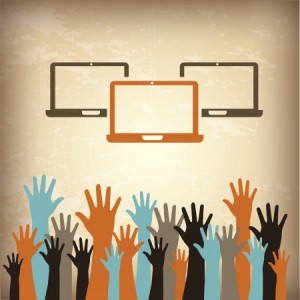 During its early days, Google+ was only available to people upon invitation (though frankly, anyone could get hold of one) but now it’s officially open to the public!  At the ‘launch’, it already boasted an estimated 20 million users but since then, the hit rate has soared and it’s estimated that a further 10 million users have signed up since.

And the general consensus?  It’s a hit!  A vast proportion of new users are really enjoying Google+ and all it has to offer.  Some are even stating it’s far better quality than Facebook, though generally that seems to be a matter of opinion.  So why should you move?  Well, here are a few things to consider:

Google already packs quite an impressive punch with its list of products.  Because most people use Google anyway, along with YouTube and Documents, it’s a natural progression to keep everything in the one place.  We’re an increasingly lazy bunch so if we can avoid opening that extra tab, we probably will!

Have you found the tagging system in Facebook a little strange recently?  The photo recognition can provide some giggles as it attempts to tag your female best mate’s mug with your great uncle’s name.  Google haven’t bothered with this recognition software and it seems a wise move.

The photo tagging process in Google+ is very similar to that of Facebook but it takes the trouble to let you know what will happen when you tag it i.e. the person you are tagging will be notified and they’ll then be able to see the whole album.  It’s little nods like these that will win people over, given the shifty nature of Facebook’s privacy options of late.

On that point, privacy is probably one of the biggest reasons people are moving away from Facebook.  The network guarding your personal information has a responsibility to treat it with respect and a lot of people feel like Facebook has butchered that relationship over the years.  Google+ has made a point of being a more considerate guardian of your person information and in that respect it’s way ahead of the game.

Your Data is Your Data

Once you’ve joined up to most social networking sites, it’s difficult to manage your data and ensure that none of it is being used publicly.  It can also be infuriatingly difficult to remove your details and delete your profile permanently.  Google+ has introduced ‘Data liberation’, an easy way to pick everything up and run away with it should they ever breach your trust.

With each little addition, Google+ has made itself far friendlier than Facebook in many ways.  It’s entirely possible that it will overtake Facebook in the popularity stakes, purely by being more responsible and respectful of its users and their personal privacy.  We all like to feel like we are being looked after.  However, it’s still got a brain-boggling distance to go before it’s pinched all of Facebook’s users.  Only time will tell.