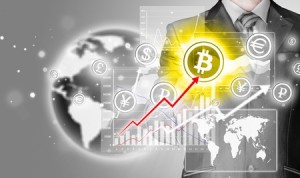 As of late, much attention has been paid to the concept of Bitcoin, a crypto-currency that allows users to pay for products and services anonymously. There are many advantages to Bitcoin from a currency perspective: there is no possibility for hyperinflation due to the algorithms that determine when Bitcoins are created, it is not tied to the financial health of any one country and as mentioned, is completely untraceable. With so much buzz online about the new currency, many are asking if it is a good idea to accept Bitcoins as a form of payment for online products and services. Below, we will outline the benefits and possible disadvantages to accepting Bitcoins as a form of payment.

Bitcoin payments are processed virtually instantly, and can be deposited either to a digital wallet or directly to an exchange where they can be converted into standard currencies. The largest exchange on the web, Mt. Gox, offers payment integration options that allow you to install payment solutions to your website and have the money directly deposited into your Mt. Gox account. From here, they can be sent to the bank or held onto for later. Best of all, these transactions (the money side, at least) are anonymous and discreet: nobody knows you have received payment except you.

Had you invested $1,000 into Bitcoins in 2009 when it first began, those same Bitcoins would now be worth over $900,000 today. There is much appeal in being able to accept a form of payment that can not only be converted to standard currency, but can also be held for periods of time like a stock or investment. In recent months, the value of Bitcoin has exploded, with countless people pinging search engines for information on how to obtain them. We have heard numerous stories as of late of the first round of “Bitcoin millionaires”, as those who got in near the beginning are now laughing all the way to the bank.

One of the biggest drawbacks to using Bitcoin is the amount of volatility that can manifest in the market on any given day. While Bitcoin’s value has exploded over the past couple of months due to so many people pinging search engines and subsequently purchasing them, we have seen instances in which the currency has lost anywhere from 25-50% of its value in one day. Usually, these swings are temporary and the market corrects itself in very rapid fashion, but those who need consistent and immediate access to their Bitcoin-collected revenues may find this to be very inconvenient. If you can accept Bitcoins and hold on to them for some time, however, this is not a large concern.

Bitcoins are the currency of choice for those who deal with black market affairs, and it also attracts a slew of cyber-criminals that seek to gain access to your financial information. It is well-documented that hackers and market manipulators often try to “crash” large exchanges in order to cause panic and rake in profits on the resulting panic, but there is also the chance of people trying to gain access to your exchange information in order to steal your Bitcoins.