A Quick Guide to Understanding Those Confusing Paid Search Metrics 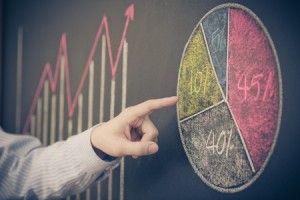 Organic forms of marketing are crucial for many brands that have a long-term web presence and that may not have tons of money to throw at paid marketing efforts. Despite the value that organic efforts like SEO provide, many brands find themselves needing to enhance their traffic, sales and conversions with additional forms of marketing.

Search engine marketing – whether it be paid or organic – provides vital benefits. For many who opt to pursue paid search marketing, the metrics and statistics about each campaign can be quite confusing. Figuring out what each metric indicates can help you better assess campaign performance and improve efforts in the future.

As such, let’s review a few of the most common yet confusing paid search metrics.

Arguably the simplest metric to understand, impressions refer to the number of times that your paid search ad or campaign has displayed on any device. Impressions can be shown on desktop and mobile devices alike. Rather than indicating how many people have engaged with your ads, impressions tell you how many people have been shown your ad. As such, impressions give you a reasonable idea of how well your ad is pinging servers and is the basis for calculating many other metrics.

A fairly simple concept, clicks indicate how many people have actually engaged or clicked on your ad. Depending on the exact platform, this can result in a variety of actions. However, the number of clicks you generate inform what percentage of people being shown your ad are actually receptive to it in some way.

One of the most important metrics to assess when considering the overall value of any search engine campaign, CPC indicates cost per click. This tells you how much you’re spending for each click earned. In short, this metric assesses how much you are paying for impressions and then divides that by the number of clicks your campaign has earned.

While most search engines and other platforms with paid marketing solutions utilize cost per click systems, you will occasionally find options for cost per mille (CPM). This is the total amount you are spending per 1,000 impressions and is often a better way to assess the total spending of your campaign than by cost per individual impression.

Many paid search engine ad campaigns focus on pinging servers in the pursuit of generating leads or conversions. As such, the term CPL will prove to be a vital one that helps you better understand this metric. Indicating the cost per lead, CPL is often a more appropriate way than CPC to measure select campaigns. Depending on the exact action you’re attempting to drive with each campaign, CPL may be a better metric to assess.

These 6 metrics form the backbone of most paid search engine campaigns: understanding what each mean and what they can show you is crucial to optimal paid ad campaigns. Now that you’re aware of these definitions, your paid marketing metrics will hopefully make more sense!

Tags:
Paid SearchPPCseo
« Spruce Up Your Contact Page for Maximum Lead Generation
Why You Should Care About Voice Search in 2020 »
Share

Be More Productive with Your Marketing Tasks via Automation
Invested in B2B Marketing? Steer Clear of These Missteps
Shake Up Your SEO Strategy Post-Pigeon