Penguin Update Is Now Live – What You Need to Know 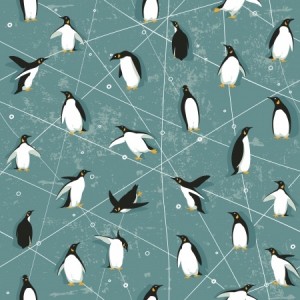 Google recently announced its first update to Penguin in over a year, which is a big deal that is making waves in the online community. Penguin’s prime function is to reduce the amount of spam and spam-like content that we see on the web, which sounds good on the surface. Unfortunately, with every update like this, many innocent websites get dinged for content that was previously acceptable but suddenly goes against what Google deems worthy. While we don’t have a full understanding just yet of what will be affected, we do know what the general changes are and what to expect. Below, we’ll discuss these changes and what you should be watching for with the latest Penguin update.

Affected Targets and the Overall Objective

As alluded to above, Penguin’s prime existence is justified by the fact that webmasters and content creators alike can sometimes step out of bounds, and in their pursuit for better rankings, will create content that is not worthy of pinging search engines like Google. Many have been talking for months about this being one of the biggest updates to occur in the history of Google’s algorithms. This is the sixth update to Penguin, but the biggest since its inception. We don’t have any real idea of who has been impacted by the updates just yet, but many people – who may have been dinged by the last update and have waited for over a year to be recategorised with the newest release – are glad to see it has finally arrived.

What to Watch Out For

The primary indicator you’ll be able to ascertain from the latest Penguin update is whether or not your link building exercises over the past year have been in line with the future of SEO. If you have created spammy-looking content or have been associated with like sites due to backlinks or other forms of link building, then you may notice some changes. We recommend that you immediately assess your PageRank with Google and any SERP rankings to get an idea of how or if you’ve been affected. In some cases, you may see changes that aren’t indicative of bad performance. The most notable example of this will be in cases where links have been reweighted as “neutral” to your rankings instead of having a positive or negative indicator. Without these providing link juice for your site, you may suddenly drop in rankings, but this doesn’t mean that you have necessarily been penalised.

With the latest update to Penguin, no doubt there will be many who see changes in how their pages are pinging search engines’ rankings. If you see a sudden drop in rankings or PageRank, then be aware that changes will need to be made, keep an eye on other webmasters’ stories in the coming days and weeks, and learn from those mistakes. If you see a boost in these metrics, however, then be grateful for what has occurred and keep up the good work. In either case, know that there is always another round of updates in the near future, and with it will come the ability to improve your rankings and potential once again.