The Most Effective Ways to Reach Your Influencers 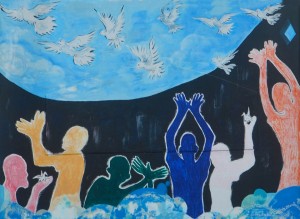 In order to truly reach the most effective and relevant depths within a given niche, you either need to be an influencer or garner an influencer’s attention. Especially on social media networks such as Twitter, this concept can be a bit difficult at first. Many people try to no avail to reach those who have the ability to steer an entire niche in whatever direction he or she may choose, but it is not impossible. In order to influence an influencer, you must first think like one. Below, we’ll discuss how you can utilize some pretty simple methods in order to reach your influencers and leave impressions upon them.

Understanding Who Is an Influencer

It may not be so easy to tell at first who really is an influencer within a given market or niche. While there may be some big names in the industry, this doesn’t necessarily translate into influencer material. Influencers not only have clout, but they use it to disseminate information from themselves and from others. These individuals will be involved with their niche communities and are known as contributors. They will be well-connected and are constantly pinging servers and influencing the behaviours of others. Their actions do in fact have tangible influence over what others in the same niche do. Most importantly of all, they set trends within the niche. When you have found several people who exhibit these tendencies and traits, then you know that you’ve found your real influencers.

Seeking out influencers isn’t easy – but once you’ve found them, you want your efforts to matter. Through the use of a variety of social media management tools, you can more accurately determine which influencers on your list have the most impact. By analysing the number of tweets shared, the number of posts made and the amount of distribution a particular influencer providers, you’ll be able to determine the likelihood of success and the amount of benefit generated from each effort. While these tools themselves won’t do the interactions for you, they can be helpful in determining who is most likely to respond to you when using the best and most effective engagement tactics. Depending on the person, the social media network and the topic, your mileage will vary.

Each influencer is going to have something different that he or she is providing the community. Some may focus on videos, while others may be more invested in infographics or long blog posts. When researching the potential influencers you’ll target, a proper understanding of their content preferences is crucial. You’ll also uncover specific interests and elements that make them more likely to listen to you. For instance, an influencer who is likely to share video-based content probably won’t find much interest in sharing a blog post from you. With this information in hand, you can then begin pinging servers with requests, tweets and comments that more adequately reflect the frame of mind and specific tangent of the influencer being targeted.