Why Is Misinformation a Growing Problem Online? 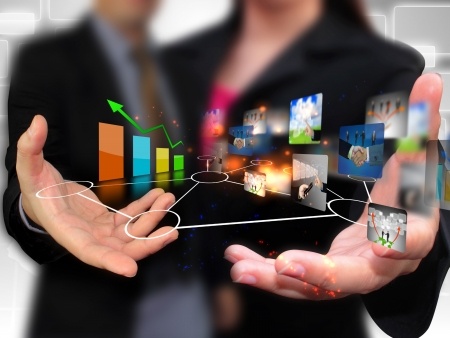 Since the dawn of time, the tendency for some people to lie or deliberately spread falsehoods has existed. However, it is only within the past century that this dynamic became a truly powerful force for destruction and disinformation on a large scale. With the invention of the internet, the problem only became even larger. Yet even within just the past few years, it seems the spread and flow of misinformation has exponentially grown once again.

What are the drivers behind this trend and why are they wreaking more havoc than ever? To understand this dynamic, let’s look at a few examples that are poisoning the proverbial well of search engines, social media and beyond.

Let’s first take a trip back in time to understand a core truth: 15 years ago, only 10% of US adults were active on social media. By 2010, that number had increased to around 40%. As of today (2021), more than 70 percent of US adults report being active on social media. Whereas social media was once a platform disproportionately used by children and college-educated types with enough spare money to afford their very own computers, it is now a platform for the masses.

Simply put, there are now many, many times the number of people pinging links to blogs, websites and other pages with interesting information they’ve found. The only problem is that once that content is in the realm of social media, it is nearly impossible to prevent its spread. And with many more people now interconnected, the spread happens much faster than previously.

Add to this the global effect – with billions of people now able to access the internet who did not have access even just a few short years ago – and it’s easy to see how social media’s rise to power creates the perfect conditions for misinformation spread.

It wasn’t that long ago that search engines and social media didn’t offer truly customized experiences for users. In other words, every person would see the same set of search results for a given query. However, times have changed – and the ability for misinformation to spread has increased as a result.

These platforms now learn what users want to see and what they mean, and provide customized experiences. If you only interact with certain people and groups on social media who believe the same things as you, then you’ll see their content more often (and even be given recommendations for groups and people who fall into similar categories). Search engines now provide hyper-customized results in order to give people what they want.

Unfortunately, this makes it very difficult to dissuade individuals that the information they’re seeing isn’t correct and allows it to spread like wildfire within one or more communities.

While more abstract, another major contributor to increased misinformation relates to the breakdown of trust in institutions. From elected officials to doctors and news outlets, more and more people no longer believe much of what these entities say.

This ultimately leads people who mean well but are otherwise misled into pinging links on social media or via email to pages promising everything from natural healthcare remedies to the true secrets behind current events. However, much of this wouldn’t be possible in a world where a basic breakdown in institutional trust did not exist.

There is no quick and easy fix to this ever-growing problem. What brands and individuals alike can do to fight the spread of misinformation is to make sure they are not part of the problem first and foremost. From there, speaking out about examples of misinformation relevant to you and/or your audience is a must. If everybody plays a tiny role in repairing the damage, the effects of misinformation can be mitigated in the long run.

Tags:
Misinformation
« Which Industries Have the Fastest-Growing Demand for Digital Marketing?
Why SEO Plugins Might Not Be Right for You »
Share