Why Believing Online Reviews Can Be A Tricky Thing 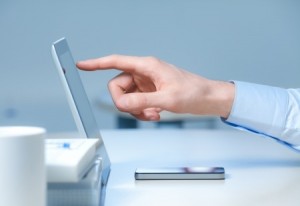 The age old adage of, “don’t believe everything you read” could not apply more when it comes to the internet. With relative anonymity and the ability to freely publish anything imaginable, the internet has become a hotbed of deceit and lies. Harsh sounding, right? It only takes a bit of scrutiny, however, to realize what is real and what is not. When it comes to online reviews, though, things are a bit trickier. If you are considering giving your business to a potential company or firm but are unsure whether to believe their reviews, continue reading to find out ways in which online reviews can be deceiving.

False Reviews Are A Business

If you have ever done freelancing work or purchased services through sites like Fiverr and Freelancer, then chances are that you may have seen project listings for product and service reviews. It is extremely common for online businesses to purchase short snippets designed to be portrayed as legitimate reviews, which are then either posted to review sites or on the business’ website directly. This is done primarily so that these websites are pinging Google and other search engines with quality review content. Unfortunately, Google cannot tell whether the review was written in earnest or not – and most likely, neither can you.

Some Reviews Are Spiteful

Who knew online reviews could be so competitive, vindictive and catty? The reality is that many companies face fake negative reviews being published about them in order to drive business away from them and to their competitors. There have been cases in which businesses that have not yet even formally opened have received negative reviews on top-tier review sites and search engines. Unfortunately, it’s a two way street: negative reviews can be just as fake as positive reviews in many cases, so it’s not only false praise that you must be wary of when reading through reviews.

When dealing with sample sizes of reviews, some establishments – namely doctors and other medical practitioners – will have their patients sign documents that forbid them from leaving reviews in fine print. If they were to leave a negative review on services received, for instance, they could be held liable via a lawsuit. This has happened before, with some frustrated patrons developing websites that identify doctors, dentists and other specialists who have used this tactic to prevent negative reviews from being posted against them. In cases like this, you never know if the reviews you are reading are truly indicative of the experience you can expect.

Even those who are in the business of providing reviews for consumers to consider know that fake and misleading reviews are quite prevalent in the community. Take the example of TripAdvisor, who decided to replace its slogan of ‘reviews you can trust’ with ‘reviews from our community’ after it was discovered that millions of reviews that were pinging Google and other search engines were potentially fake. Other sites have taken to posting disclaimers that absolve them from any knowledge as to whether the product or service review is valid or not.

Tags:
Customer ReviewsOnline ReviewsReviews
« Four Start-up Tips to Help You Survive the First Year in Business
Advice for Brands That Are Clueless About Social Media »
Share

Hashtags Are Coming to Facebook – What to Expect
Why Fake News Has Exploded
When Writer’s Block Sets In, How Can You Defeat It?