What to Do to Rank in Google Featured Snippets 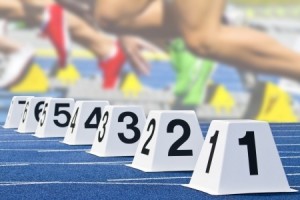 Arguably the biggest goal of any website or brand pursuing SEO efforts is to rank in Position 0 in one or more SERPs. Simply put, the amount of traffic and visibility that comes with being the first result in a set of search results dwarfs that of what comes from ranking lower, as search engine users tend to gravitate toward the first results they see.

Google has for some time utilized Featured Snippets as a way to serve up information to users without them necessarily needing to click on anything to get an answer. While this might seem counter-intuitive, many want additional info – and having your page ranked front and center can be a boon for traffic.

Today, we’ll look at what steps you should take to rank in Google’s Featured Snippets.

Arguably the single biggest indicator in whether a page will earn a place in Featured Snippets is the content of the page itself. This should not be surprising to anybody who has been involved with SEO, but especially not so given that Featured Snippets involve pinging links and content that are considered factual. You can increase the chances of your content ranking by integrating specific facts, statistics and informative elements into each post you make. If the information is a) included in your posts and b) generally can be verified elsewhere, the chances of ranking increase substantially.

While Google has not made public its exact parameters for achieving prominence in Featured Snippets, domain authority does appear to play a huge role. Simply put, if you’re already ranking well for various SERPs, then the chances of snagging a spot in Featured Snippets increases by quite a bit. This means that, to a large degree, getting Featured at Position 0 doesn’t differ much from grabbing Position 1 or 2: work hard by implementing the main tenets of SEO, and you’ll sooner or later be able to grab the top spot.

It should go without saying, but Google does not allow websites currently under penalty to be featured in its Featured Snippets section. Whether the penalty is days, months or even years old, if it remains unresolved, there is virtually no chance that your site will be gracing the top result of any SERP any time soon. Likewise, any penalty that suddenly appears can jeopardize your existing Featured Snippet appearance, so make sure to clear up any misunderstandings ASAP.

Featured Snippets doesn’t appear for every SERP, and your chances of appearing in one may very well depend on which SERPs you’re pinging links at currently. For the most part, Featured Snippets appear when users are searching for queries that involve factual data or answers to questions. As such, targeting question-based SERPs is often a solid game plan when maximizing your chances of being featured in this regard.

Just like with other aspects of SEO, the exact technical underpinnings of how to rank for Featured Snippets is not public. However, strong correlations and associations have been discovered based on the information presented above: by following this advice, you’ll put your website in prime position to garner the top spot of select SERPs.

Tags:
Featured SnippetsGoogle
« What Can Help You Get More Conversions?
Why Setting Up Google Alerts Is a Good Idea »
Share

Why Hire a Marketing Consultant?
Smart Resources for Planning Your Content Marketing Strategy
How to Make Meaningful Contacts on LinkedIn