Which Types of Content Most Often Show Up in Featured Snippets? 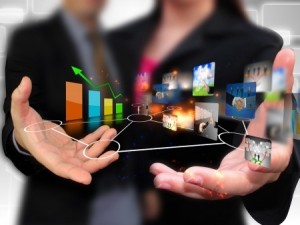 For the past three years, Google has utilized its featured snippets section – sometimes referred to as “position zero” by SEO enthusiasts – to highlight important information. This features assists search engine users in finding relevant facts and pieces of information quickly without ever leaving Google.

Whether you are searching for a statistic or instructions on how to complete a project, the featured snippets section can be quite useful for on-the-go information. Many brands, businesses and website vie to be featured in this segment, as it often means that your page is also ranked as the number one result on that page.

It should come as no surprise that Google favors content that is shared via its own services. As such, YouTube videos are arguably the most commonly featured form of multimedia found in the featured snippet segment of search.

When a video is highly rated on the sharing site and addresses an easily quantifiable and relevant search, its chances of being featured increase substantially. As such, those who wish to gain some real estate in position zero should strive to create as many videos on YouTube as possible.

Despite the seemingly never-ending amount of content pinging to Google on a daily basis, the search engine somehow makes sense of everything. Determining context and intent are just two of the many assessments Google makes, but these are highly important for featured snippets.

One of the easiest ways to rise the ranks and land a spot at the top of search results is to use smaller paragraphs. If a short paragraph can succinctly answer a question or otherwise provide clarity on a topic, then it very well may appear as the de-facto official answer for that SERP.

Wanting to make a big splash at the top of one or more search results? Then you’ll probably want to consider how summarized lists are loved by Google. Whether you decide to use numbered lists or bullet points, this type of list-based content can often be found in various SERPs.

Because the nature of bullet points and numbered lists means a short and succinct way to convey an idea, method or answer, it shouldn’t be surprising that this content is often found in position zero.

Another big hit in the multimedia department, charts and images that display valuable information are commonly spotted (usually alongside descriptions) in featured snippets. If you have an informative chart or image that is pinging to Google and relevant to a SERP, then you’ll want to be sure to optimize the image with descriptions and tags to increase its chances of being featured. If you do everything right and have great content to offer, then it may not be long before this type of multimedia is ranking you at the top of your targeted results.

Featured snippets can help drive traffic to your website, increase brand awareness and further solidify your reputation as a legitimate authority within niches. Because of all of these things, you should consider how best to deploy content that maximizes your chances of being the top result in your SERP(s).