Understanding How Social Media and Email Marketing Can Connect 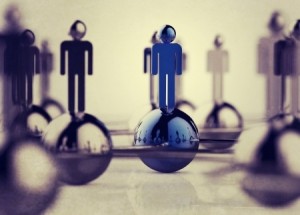 With one of the world’s oldest digital mass communication methods still going strong – email – many have wondered how best to maximize its effectiveness with newer forms of communication. For practically everyone, social media instantly comes to mind. This platform has allowed billions of people to connect with one another and communicate in ways even email failed to deliver. With that being said, email still provides ample value to brands and marketers who wish to promote a message to a highly-specific audience. Leveraging social media and email alongside one another in unity can produce some pretty excellent results for those who utilize them properly. Below, we’ll discuss some metrics behind why each is effective and how best to combine these efforts.

The Nature of Clicks

Pinging for SEO via search engines will earn you more traffic and more clicks, but social media combined with email marketing can produce much more benefit when targeting specific audiences. For email messages and content shared on social media, Facebook and Twitter produce roughly equal click through rates – around six percent. LinkedIn takes the case with eight percent, but this may not be a platform suitable for your niche, depending. Sites such as Instagram and Pinterest generate CTRs of about five percent. Facebook by far generates the most clicks per share – approximately 1.1 clicks per share. Twitter averages about 1 click per share, while LinkedIn falls down to around 0.7 clicks per share when measured in this metric.

Rates of Email Sharing by Platform

You want to have as many bases covered as possible when it comes to including social sharing options in each email. With that being said, which ones perform the best in terms of nominal shares? Twitter generates about 40 shares per 100 emails opened, which is impressive and helps it to lead the pack in this regard. From there, the numbers fall quickly. Facebook generates about 30 shares per 100 opens, while Pinterest, Instagram, Google Plus and LinkedIn all barely register – ranging from 0.5 to 3 shares per 100 opens. Anyone who is pinging for SEO knows that even small movements can make a big difference in overall traffic, so there isn’t any reason why you wouldn’t include every social sharing option possible in each email you send to your readers.

Social Networking Accounts That You Can’t Afford Not to Set Up
Hashtags: Are You Using Them Correctly?
How to Monetize YouTube Shorts