The Pros and Cons of Using Python in Web Development 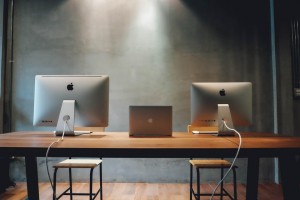 Python is very easy to learn as it is intuitive and can be read almost as easily as one reads English. Python also has a much simpler syntax compared to programming languages such as C++.

Its simple syntax leads to a short learning curve, and you can start creating websites and web applications with it in less time.

Writing and reading code, crucial skills developers need to have, are very easy as long as you can follow the logical flow of a program written in Python.

Python has very mature and flexible web development frameworks in Django and Flask. Django is the more popular of the two because it gives you most of what you need to develop powerful websites before writing a single line of code.

Once you have Django up and running, you can customise it however you want with Python code, knowing that you are building on a solid base to start with.

It takes little Python code to do whatever you want, especially if you are relying on frameworks like Django. This means that you can prototype ideas faster and even have a full website running quickly as soon as you build any sort of frontend.

Python can be used for a lot more than building backends and frontends. Developers can take advantage of the many Python libraries that are available to increase functionality and capabilities.

One of the biggest drawbacks to using Python for web development is speed. Python is a bit slower than other programming languages. This is because it is interpreted instead of compiled.

Python uses a lot of memory, especially when building heavier applications. You might run into this issue once your web development project becomes too big and you have memory constraints on your development or production environments.

Because of how the Global Interpreter Lock (GIL) works in Python, the programming language does not allow for multi-threading. This means Python runs on a single thread and this increases execution times, as the interpreter waits for threads to free up to start another process.

Python is a great programming language for web development because of how powerful and versatile it is. Although it does have some downsides, they only start being a concern if your application becomes large enough to need lots of resources.

Tags:
Programming LanguagesPythonWeb Development
« Google Analytics 4: The Next Generation
How to Audit Your Website’s Backlinks »
Share

The 4 Best Free Image Resources for Web Content
What Are the Basics of a Landing Page?
Keeping in Mind the Important Tenets of Web Design