The Latest Trends in Video That You Need to Know 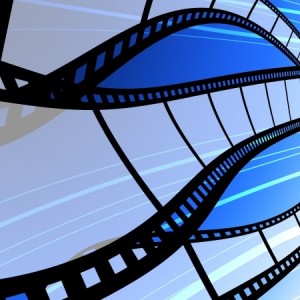 As content takes a path toward incorporating more rich multimedia and less text, millions of bloggers and webmasters are left to figure out how they can best incorporate these elements into their projects with minimal inconvenience to them. From infographics to podcasts, more and more people are embracing this trend as everyone jockeys for a greater share of the web traffic pie. Video is often thought of as a complicated ordeal that requires heavy editing and expensive equipment, but modern technology is taking the complications out of the process. Over the next year, we expect to continue to see an increase in the amount of video used in overall content creation, and we’re sure that you will want to be a part of it. Below, we’ll talk about what trends to expect and embrace.

If there’s one little bit of data that tells us that the future of social media and content creation is in video, then it is this: in the past year, the number of shares and views for a video released in its first few days has doubled. This means that publishers are pinging users in much larger quantities than they have been in the past with this content format. One part of the equation helping facilitate this is the spread of video through social media networks like Facebook. As the nature of social media continues to take over a greater and greater share of our lives, more people will become accustomed to absorbing their content in this way and we expect more bloggers and webmasters alike to begin pushing content in the form of videos for this reason.

We all know as content creators the importance of conveying emotion in our blog posts and articles in order to stimulate the senses of readers, and to convince them to engage in a particular action. Once reversed for the big screens, even small-budget productions are now embracing the trend of making emotion-laced videos for the masses. From product reviews to personal testimonials, the nature of video has always been powerful – but we see a growing trend of raw emotion being incorporated into even the most simple of video productions. Expect to see this trend augment over the coming year, and be ready to embrace it as part of your broader content strategy with respect to videos.

Another huge trend that we are witnessing as of late pertains to brands pinging users with advertisements in a relatively subtle way: through entertainment. A popular way that this is being done is through music, with a variety of popular and viral music videos being released lately that tie in a product or make mention of a brand at some point. This non-intrusive way of advertising seems to do wonders for getting the word out about a given brand, and features a form of entertainment that everyone is sure to enjoy.

The three biggest trends that you’ll want to keep an eye on with respect to video revolve around the rate at which videos are being shared today, how entertainment and ads can be mixed to create a fusion of viral marketing, and the emotional elements that are now being incorporated into the videos themselves.