The Key Ingredients in a Viral Video 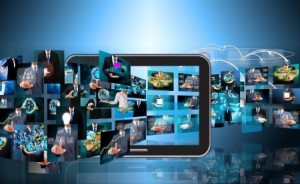 Every brand dreams of that special viral moment: the instance in which their brand and its content comes front and center for the entire world to see. The demand for this is so great that there are entire industries that exist solely to create content that’ll garner attention from the masses in these one-off moments. While it can be a struggle to strike gold and ultimately produce content that goes viral, there are several predictable and common elements to the process that are easily replicated. Today, we’ll review the key ingredients that are present in every viral video, which will help you to better craft video content for this exact purpose.

Virtually every viral video you’ll find on the web has one thing in common: it’s short. Videos that require too much attention from the viewer are not likely to generate ample buzz, in part because a large portion of people won’t bother watching it. With the age of social media upon us, our attention spans have become shorter than ever. This means that pinging users with a ten-minute video is likely to deliver nothing but mediocre results unless that video is very, very relevant to them. Viral videos cross various demographics and interests, uniting the people who see them despite their backgrounds. Unless you’re targeting a very specific and isolated group of people, viral videos usually are less than five minutes long.

Viral videos – with the exception of those not originally shot with the intention of going viral – tend to have high production value. This means that unless you’ve captured some epic brawl or unique event on camera, you’re probably going to need to invest in some professional videography and editing. Recent research shows that the overwhelming majority of viral videos on the web have been produced by professionals, meaning that your cell phone-shot video isn’t likely to go viral anytime soon. If you’re planning ahead and wanting to design a viral video from scratch, then be prepared to invest in professional services to ensure its success.

An Understanding of the Target

While some viral videos do in fact break through one particular niche and reach people across the spectrum, many viral videos still have a target demographic in mind from the start. Who exactly are you trying to reach with your video, and who would find it interesting? If you do not have an answer to this question, then you likely do not have a viral video on your hands. Whether you’re aiming to tap into a youth demographic or those in a particular industry, it’s important to know exactly who the video is designed to reach. Not only will this ensure better propagation across the web, but it’ll make it easier to know where to begin promoting it in the first place.

Viral videos can cover any topic, target any demographic and ultimately be about anything. This doesn’t mean that pinging users with any video is capable of generating a hit. By knowing who you’re targeting, using ample production value and keeping your video short, you can make the most of each attempt at generating viral fame.

Tags:
VideoViral
« The Main Ways You Can Earn Money Blogging from Home
How Small Businesses Make SEO Work for Them »
Share