Take Advantage of Hashtags to Improve Your Marketing Today 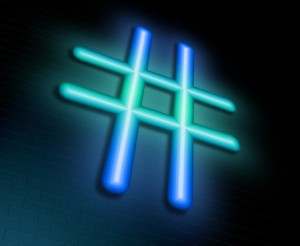 Once used solely on Twitter as a way to convey a meaning, topic or sentiment, the use of the hashtag in social media and marketing has exploded in recent years. With social networks such as Facebook attempting to incorporate their usage into the broader platform of networking, more and more brands have found use in including these descriptors in their posts and status updates. What benefits can a marketer expect through the use of hashtags? There are no doubt several, but many remain less than common knowledge. We will outline the benefits you may enjoy from their use in the following article, in the hopes that you can begin augmenting your marketing efforts today.

By virtue of simply including a hashtag in your tweet or post, you have a much greater chance of a reader clicking on an included link. While the exact reasoning for this remains unclear, multiple studies have shown that a hashtag can boost clicks by as much as 18% when compared to social status updates that include a link but no hashtag. While you may feel as if this is a great reason to include multiple hashtags in each update, think again: pinging links is shown to be highly effective with one hashtag, but rapidly decreases in popularity with two or more of them included.

Another surprising twist on the use of hashtag in social media and marketing is the effect it can have on shares. Status updates with one hashtag included on average will be shared ten to twelve percent more than a simple status update that does not include one. This was shown to apply across several social networks and pertains to shares, retweets and favorites. Anyone who wants to get a message out to more people will no doubt be excited to hear about these effects and how they can apply to their own internet marketing and social media strategies.

Hashtags Can Be Easily Tested

Nobody has to play a guessing game when it comes to which hashtags will be most effective: you can easily test a variety of them on your own! This will encourage you to contribute consistent content to social media (since you should not use more than one hashtag per update). Once you have sent out several variations, you can then use analytics to monitor which hashtags have been used more and which ones have been ignored. From here, it becomes very easy to incorporate the best and most successful tweets into your status updates.

Last but not least, the use of a hashtag can be a defining characteristic of a message or post that alerts the reader immediately as to what it entails. While Twitter updates may only be 140 characters or less, hashtags can be an even better way to summarize a topic on Facebook, Google Plus or other networks, primarily due to the fact that status updates tend to be longer on these networks. You can elicit emotion with your hashtags, encourage an action or simply inform: all of these tactics have a positive effect on the amount of sharing and engagement that you can expect from each post.

Tags:
Hashtagsmarketing
« Let’s Clear Up Some New Misconceptions About Articles
Building the Best Content Team Possible is Easier Than You Think »
Share