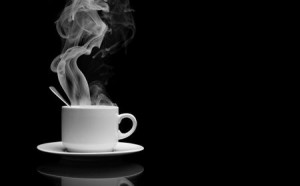 Over the past few years, we have seen an explosion of growth in online advertising. You no doubt will notice a slew of ads across every social media and search engine platform if you pay attention – unfortunately for many advertisers, these aren’t as visible as we’d like due to the saturation of the market. Paid advertising in many respects has become so cheap that anyone and everyone can afford to engage in it; this has serious implications for the industry as a whole. Many people are therefore asking whether paid advertising has reached its peak, and what can be done if this is the case. Below, we’ll discuss some indicators that may prove this to be true, which may help you find out what future strategies you’ll need to employ.

We’ve seen it coming for some time – mobile devices continue to become a larger share of the search and social media markets. We’ve seen a recent reduction in advertising as a percentage of revenue for search engines, while mobile continues to grow. You no doubt have seen advertisements on mobile devices, so why would this impact paid advertising? As it turns out, pinging URLs via mobile ads will result in fewer overall clicks. While mobile ads actually tend to have higher click through rates than desktop ads, people are much less likely to click on multiple ads when on the phone (chalk it up to smaller screens). Until mobile interfaces become as easily navigable as desktop computers, it is likely that this trend will continue.

In the original age of advertising, people relied upon local radio and newspapers for most of their information. When the first forms of “advanced advertising” emerged – billboards, flyers and mailers are common examples – people were suddenly able to access a ton of information about products and services they had never before seen. In the age of the internet, however, this rapidly began to change. In 2014, advertisers cannot realistically expect that the vast majority of people have never heard of their business’ industry or general products, which makes it harder to sell people on it. With so much information now available, most people find the average advertisement to be more promotional than informative.

It used to be impossible to skip advertisements during all of your favourite activities and programming – newspapers, television and radio all were saturated with them. In this day and age, we have now alternatives to each: satellite radio is a paid service that is virtually ad-free, television shows can either be recorded with devices like TiVo that allow you to skip commercials or with services like Netflix that come ad-free, and online news sources can often be viewed without ads via subscription or via ad blocking software. The future of pinging URLs to users via these forms of content is becoming more difficult as many outlets are seeking to replace their old advertising revenue with newer, more stable revenue streams in the form of subscriptions or memberships.

Tags:
advertisingPaid Advertising
« Here’s Why Mobile Matters Today
Use These SEO Tips in a Jiffy to Boost Your Presence »
Share