Google Hummingbird – The Basics of Its Newest Algorithms 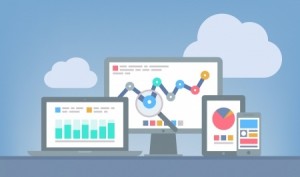 Every few months, Google unveils a new and improved version of its search engine algorithms. The collective groans across the world can be heard as millions of webmasters see their SERPs negatively impacted as a result of dozens of minute changes made with each update. Despite the cutesy names that Google often assigns to these updates, they pose real challenges for many webmasters and bloggers who rely upon the mighty search engine for income and exposure. The latest release, Hummingbird, has some changes embedded within it and many have questions. If you want to learn more about Hummingbird in a nutshell, then continue reading to find out about the basic changes and improvements unveiled in this latest update.

What Happened to Previous Updates?

An entire new set of algorithms have been unveiled with the release of Hummingbird, which means that pinging users via search engines has become a bit more difficult in the short-term. While Google does not release comprehensive details on every minute change (this is done so individuals cannot “game the system”), it is assumed from some basic observations over the past month that many aspects of Panda and Penguin have been integrated into Hummingbird. In other words, this is not a total overhaul of the algorithm system. The broader changes that have been implemented within the past year or so remain a part of the new Hummingbird update.

One of the biggest changes in Hummingbird is the effect that casual search results produce for users. In the past, most search results yielded results based on the words that were typed in, minus some small omissions of prepositions and articles. Hummingbird has been designed to attempt to understand the actual intent of search queries, rather than simply associating keywords with SERPs and websites. This may be the beginning of a dreaded evolution for many webmasters: a future in which keywords begin to become functionally irrelevant. This, however, may lead to more actual niches that can be targeted – something that will be needed in an ever-growing internet.

PageRank and Other Details

It would appear that most web masters’ PageRanks have not been significantly impacted by the Hummingbird release. One survey showed that roughly four percent of respondents experienced “significant decreases” in traffic in the first two weeks after Hummingbird was deployed, which is below average in terms of the average Google algorithm update impact on users. If your traffic and PageRanks have held steady thus far, then you most likely have nothing to worry about from this latest update.

Each new release of an algorithm by Google can worry many that they will no longer be pinging users by being on the first page of SERPs. While this is always a possibility, the Hummingbird release appears to have had minimal impact on webmasters in this regard. The intuitive search functionality that has been deployed may ultimately pose larger challenges for some in the future, but it seems that the changes enacted by Google were relatively minor in this initial Hummingbird release.

Tags:
GoogleGoogle Hummingbird
« Important Announcement from Pingler.com – Please Read
Using the Blueprint App to Mock Up Your Own App »
Share

Picking the Perfect Keywords
Do You Need Insurance to Work from Home?
Budget-Busting Keywords in Google’s PPC Campaigns