Why Remarketing Makes Sense (and Why You Should Use It) 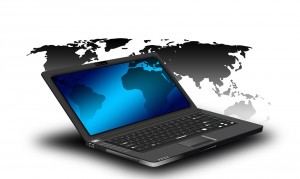 Content marketing through PPC campaigns has long been a popular solution for online brands and e-commerce hubs. The ability to target interested audiences and demographics through search, social media and beyond makes it a great solution for businesses and brands that have a product, service or solution to provide to individuals. In recent years, the concept of “remarketing” has become increasingly popular. Remarketing, simply put, is the act of targeting those who have either already been targeted or who have engaged at least partially with prior marketing campaigns. Below, we’ll explain why remarketing makes sense and how it can be a useful tool in your broader marketing arsenal.

Many people have expressed scepticism in the past over the concept of remarketing and its effects on those who are targeted by it. Ad fatigue is a very real concept, for instance, and the increased exposure to the same ads from a brand can cause it to create mental blocks between users and brands. However, data suggests that ad fatigue via remarketing techniques is far less pronounced. In fact, those who have already engaged with an ad can be convinced to engage at much higher rates than those who are simply shown the same ad over and over but who never engaged in the first place. Pinging links to those who have demonstrated prior interest will result in ad fatigue occurring at less than half the rate when dealing with those who have not expressed prior interest.

Brand engagement is an important part of marketing, but how do you make your brand stand out from the rest? Being exposed to a particular brand via typical PPC campaigns on occasion can increase awareness, but it doesn’t create the type of long-term awareness that boosts engagement and creates loyalty. Via remarketing, however, you can implement strategies that target individuals who have visited your site before with specific ad campaigns that acknowledge this fact. The possibilities for cutesy ad campaigns that engage users and capture their attention spans is limitless. Remarketing, simply put, creates a world of possibilities for ad campaigns that cannot be deployed with standard marketing. When considering that pinging links to those who have already engaged is more effective, it simply makes sense to employ this tactic.

Remarketing Kills It with Display Ads

For the longest time, display ads via Google and others were considered to be secondary when compared to traditional search ads. However, remarketing efforts have changed this dynamic. When you consider that ads through the Google Display Network are often cheaper than the traditional ads seen in SERPs on Google, there is added appeal when knowing that remarketing efforts in this capacity close the effectiveness gap. In fact, in some particular niches, display ads that utilize remarketing techniques have been shown to generate higher click through rates for lower prices. With remarketing across all industries now generating roughly 80% of the number of clicks that traditional search-driven ad campaigns are producing, many webmasters and bloggers are increasingly evaluating this tool for better and more affordable results.

Viral Marketing – Is It As Hard As Everyone Claims?
Better Prepare Your PPC Campaigns for the Holidays
The Big Tricks to Video Marketing Explained