The Basic Elements of Copywriting Success for Advertisements 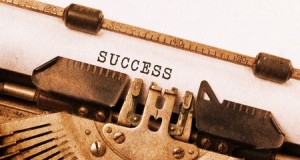 You have no doubt caught the numerous advertisements that will appear on the right-hand side of your Facebook feed or sporadically on other social media websites. You may also have become accustomed to the paid links that frequent the top of every search result via hosts such as Google and Yahoo. Each one of these advertisements has careful consideration placed behind its deployment (or at least should); the best ads are seen, while the rest are easily ignored. Have you ever wondered why you just seem to happen to notice one particular ad but not another? For those who want to develop the most successful advertisements, we will discuss the basic elements of copywriting and how they apply to advertisements in the digital realm.

Get Your Headline Right

Whether you are pinging Yahoo with fresh content off of your blog or creating a new advertisement to be featured on Twitter, your headline may very well be the most important element of any ad campaign. While pictures can certainly catch a user’s attention and give you a couple of seconds to make an impression, that chance will be lost if your headline is written poorly or is too complex for readers. Colourful adjectives and authority-based wording can be one of the best ways to gain attention and persuade your audience to follow-through. Whatever your goal with advertising may be, it is only going to be successful if your headline is captivating and persuasive.

In many cases, word play or creative writing techniques similar to it can be successfully utilized in content. When it comes to paid advertising, however, your goal should be to reach as large of an audience as possible while conveying a simple message. If your wording is too complex or otherwise veiled, then it is much more likely that it will not have the intended effect on your audience. Even for those who deal with more niched or nuanced audiences, some may not get the reference or pun. If you want to ensure maximum exposure that translates into success, then utilize copywriting skills that avoid word play in your small headline and body texts.

This may sound simple, but the key to finding that perfect audience revolves around supply and demand. All too many people make the mistake of pinging Yahoo and other search engines with the goal to simply persuade large numbers of people. The best and most successful advertising campaigns do in fact do this, but they focus upon select audiences that have a desire for a product or service, and then proceed to wrap their advertisements in a proverbial package designed to reach out to them.

In order to create a successful advertisement via your copywriting skills, there are just a few elements that must be present in any campaign. First, you want to focus on a simple yet powerful headline to draw users’ attention. Next, you want to convey a clear message in the body of any advertisement and avoid word play, jargon and other confusing elements. Last but not least, you want to find your target audience and build any such campaign around their desires and interests.