A Crash Course in Boosting Traffic via Blog Comments 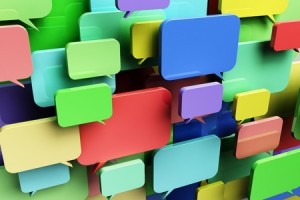 It has long been known that one type of benefit or another could be extracted from commenting on other blogs and websites. In days past, it was particularly easy to build links and boost SEO credibility by leaving links in blog replies all across the internet – you still see the blatant, savage attempts by fly-by-night webmasters and “SEO companies” in blog comments across the web (apparently everyone has a sister who now makes $473635 per hour from home!). While this particular benefit no longer exists in actuality, there is another inherent gain that many can experience from this tactic: boosting traffic. If your website could use a bit more traffic (and honestly, whose couldn’t?), then continue reading to find out more about using blog comments to do just that.

In order to gain the most from your blog commenting strategies, you’ll need to make your post as soon as possible after the post in question has been made. Many people use RSS feeds to keep an eye on their targeted blogs and then quickly go in to make the post once a new entry to that blog has been submitted. Some blogs operate by displaying the top comments or most liked comments at the top, while others display them in chronological order. In either case, getting your comment and link in as soon as possible will ensure that a greater number of people see it. They may even start pinging links back to your site from their own in the event they liked the content themselves and operate their very own blogs on the subject.

Many people rush to judgement in one way or another – they either expect one particular tactic to produce a windfall of new traffic, or become disillusioned when there is no recognizable activity after one mere attempt. When it comes to boosting traffic via blog comments, expect something in the middle of these two scenarios. You won’t see an absolute rush of traffic to your site in many cases, but if you are producing thoughtful commentary in blog replies and including links conservatively, then you will slowly but surely see an increase in traffic. This is a method that must be sustained in order to continue producing traffic; most blog pieces will fade into irrelevance after a month or two, and so will the traffic derived from them.

Not All Blogs Are Created Equally

Even within a given niche, not all blogs will produce equivalent results when measured in a vacuum against each other. The most benefit you’ll receive from replying to any blog posts is, unsurprisingly, your own blog posts. By including a link to another post or site in a reply to one of your own posts, you’ll drive the most traffic of any option. The next most successful form of traffic via replies will come through industry blogs that relate to your brand. The least successful form of pinging links can be found on rather popular and mainstream sites and blogs, such as major news outlets and aggregators.

Starting a New Website or Brand? Here Are Four Helpful Tricks for Launching Successfully
How to Track Down and Reach Influencers Effectively
Boost Your Blog Traffic by Posting Like This