Social Media Buttons – How Many Is Too Many? 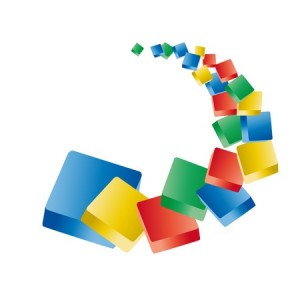 Online content creation has never been the same since social media became an everyday part of our lives. Since its inception, bloggers and marketers have been striving to have their content featured on the status feeds of millions of users of sites like Facebook, Pinterest, Google Plus and Twitter. As social media becomes an ever-increasing variable in the world of search engine optimization, a majority of content creators have begun to adopt these buttons as easy ways to help their content go viral. Too many social media buttons can leave your pages looking unkempt and unprofessional, so it is important to select your social media buttons wisely. Below, we will discuss several platforms and how each one’s buttons work.

The largest social media network by far, Facebook now reaches more than one billion users in virtually every country of the world. Facebook has a comprehensive selection of sharing and social media buttons that can be used on blogs, websites and other portals. If you wish to offer social media buttons for Facebook (and this is pretty much a prerequisite), then you will need at least two: one for ‘Likes’ and one for ‘Shares’. This way, users can quickly interact with your content and share it with those who will be interested as well. These shares and likes will ensure that you are pinging URLs to other users on the social media giant.

Twitter makes it easy for users to fetch relevant sharing and social media buttons for their profiles. Once logged in, simply navigate to Goodies > Buttons in order to see more than twenty different Twitter buttons that can be used to encourage others to follow you on the social media network and share your content. With different colors, sizes and text-free buttons available, you are sure to find one that fits your website’s design and needs. In this case, we recommend the use of one Twitter sharing or following button per page.

Often ignored by more established bloggers and business websites, Reddit appeals to younger audiences and can be a great way to gain front-page exposure for valuable, interesting content. With nearly 70 million users as of July 2013, there is plenty of traffic and due to its niche-approach of organizing content, you will be pinging URLs to a smaller yet more relevant audience. A Reddit button can be a valuable addition to any website that features unconventional content, but some brands and businesses will find that other networks – liked LinkedIn and Google Plus – may be better substitutes.

Perhaps the fastest growing social media platform in the world, Pinterest has gained much attention as of late as a way to share content via pin-boards. Users can pin anything they like to their boards and share this with friends and family. Pinterest buttons may prove to be a valuable addition for businesses and websites with products to sell or that feature graphic-intensive content such as infographics and paintings. With a simple ‘Pin It’ button, you do not have to worry about clutter or too many different sharing options when using Pinterest.