Should You Put Your Game Or App Idea On Kickstarter? 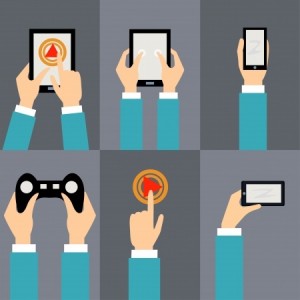 Since smartphones and tablets became mainstream items most people have in their lives, it has perhaps seemed like creating a new app or game is an easy route to making lots of money. However, the development and testing costs associated with creating a new game or app are way higher than most people first imagine when they come up with an idea. One route many people go down when they want to turn their game or app idea into a reality is crowdfunding, using platforms like Indie Gogo or Kickstarter. If you have a fantastic idea for a game or app and think using one of these platforms to generate both money and buzz is for you, then here is what you need to know:

Kickstarter was the daddy of crowdfunding platforms, and is the one with the highest number of users and the most stuff written about its projects in tech media. However, one of the key things about Kickstarter is that if you do not meet your funding target, you don’t get a single penny. This means that if you set your target at $50,000 (not unusual for an app), and you only get $35,000 in pledges during the period of your campaign, you don’t actually get any money at all to use. Indie GoGo will give you whatever money you make if you sign up for the kind of campaign where these are the terms, but you will still be obligated to give your investors what you promised them (whether that is a finished app or some merchandise), even if you got only a fraction of the actual cost of running your project. It is therefore really critical to choose the right crowdfunding site from the outset.

If you have already made something and want to use these sites as a way to presell before release, then Indi Gogo may be better as you can effectively ‘take what you can get’. But if you have a budget in mind for a full dev project and you can’t deliver with less, then Kickstarter may be a better option. If you fail you get no money, but you are not obliged to give anyone anything either.

When you create a pitch to investors on Kickstarter, you may imagine that people will be interested in reading your plans and looking at your projections. While investors may well want to see this stuff, the site is very much built up around video pitches, and if you don’t have one of these, not only will your project get buried in searches, but Kickstarter’s staff may reject it altogether. Nobody is quite sure why they love video so much, but they really do, so you need to be prepared to make a film about the app or game you want to make. This doesn’t have to be a major production with a lot of cost involved, but it will generally be something that takes you away from dev work and requires a little investment. Be aware that this is something you will need to do before you attempt to launch a crowdfunding project.

Many great companies and products have been created as a result of crowdfunding efforts, but there is a lot to think about before you dive in. Do your research, back a few projects, and watch what happens. You may be able to run a successful campaign, but you need to have the right weapons in your arsenal!