Should I Pursue NoFollow Links? 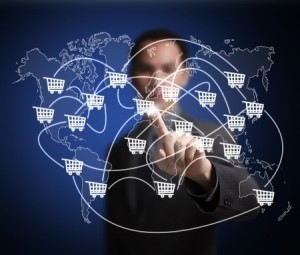 As briefly mentioned in the introduction, some nofollow links from social networking hubs like Facebook and Twitter are still “followed” by search engines and do factor into their algorithms. While many SEO experts will debate the finer points of how much impact nofollow links can have, it is well known that social networking does in fact lead to additional backlinks for your site and in the process, more traffic. For these reasons, it is absolutely recommended to pursue nofollow links when it comes to the ones offered via social networking.

This is where the debate on nofollow links’ effectiveness comes into debate. Some people insist that a nofollow tag on an outgoing link means that the site being linked to will receive no boost in PageRank or authority via search engine ranking algorithms. Others said that nofollow links – due to evolutions in some of the examples mentioned earlier regarding social networking – now do have inherit value in all forms, albeit it smaller. Many people will use nofollow tags to link to sites that may not be viewed favorably by search engines but may still be relevant to the subject in question. At the end of the day, the choice is yours and there is no real consensus on the effectiveness of traditional nofollow links.

If you are curious as to how nofollow links possibly could help you, then you may want to begin looking at other websites that are in the same niche as you. Nofollow links on bigger sites with higher PageRank and more authority may give you some insight as to whether or not these links played any role in helping them ascend to the top. How do you find these nofollow links without digging through mountains on source code? By using Pingler’s NoFollow Finder Tool, which will pull all the nofollow links from any given site and display them to you for inspection. On top of discovering how many nofollow links any given site has, you may also find that the links themselves could prove valuable to you down the road in regards to reciprocal linking and new ideas for content.

What are your experiences with nofollow links? Let us know by posting in the comments section below!