Hundreds of Top Level Domains Are On the Way 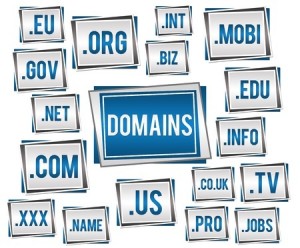 As the internet becomes larger and larger, there have been concerns about what this means for the future of domain registration. All of the common domain names that one could think of have already been registered and are owned by individuals or businesses; if you want to grab one of these succinct, simple domains these days, expect to pay anywhere from hundreds to tens of thousands of dollars for each. The Internet Corporation for Assigned Names and Numbers (ICANN) decided in 2012 to begin a large expansion of available top level domains (the same as .com and .net versions) and began accepting applications for submissions. Thousands of requests were submitted, and the most popular ones have been selected for unveiling in the coming months. With hundreds of these domains on the way, many people are ready to scoop up the next great set of domains for personal use, business use and profit.

While you may be ready to start pinging domains for availability en masse, the reality is that ICANN will be releasing TLDs in batches over the next few months. There has not been any concrete clarification as to which domains will become available when, but a variety of watch lists exist that allow users to be notified whenever a particular TLD becomes available. By Summer 2014, it is expected that all of the approximately 550 new domain extensions will be available to individuals in some form or another. Unfortunately, not all TLDs will be available in the same fashion at first, which leaves webmasters with more questions about how this process will work.

A big part of the rationale behind a gradual introduction of these hundreds of TLDs is to avoid any upsets with the broader domain culture and how they are referenced by search engines and other entities. There are also legal and copyright-related issues that ICANN has considered – these new domain releases will mark an unparalleled expansion of availability and as such, they wish to see that legitimate trademark owners are able to secure their rightful domains. Because of this, there will be a two month period after the introduction of each TLD in which companies can register claims to particular domains or keywords.

There will be a rather wide variance in the cost of each TLD, according to ICANN. No specific figures have been provided yet, but it can be assumed that many will be priced in the general vicinity of currently available TLDs. Google and other search engines have briefly weighed in on the issue, stating that they will be pinging domains that are newly released in the same fashion and that there will be no difference in how they rank when compared to traditional ones. It is expected that there will be a rush to grab as many domains as possible in the release of each TLD, but there will certainly be some difference in demand. Many TLDs will be highly competitive due to occupational or niche related demand, while others may remain relatively uncompetitive.

What Can You Do to Improve Post Readability?
How to Deal with the Dynamic of Clickbait
A Guide to Choosing the Right Images for Your Content