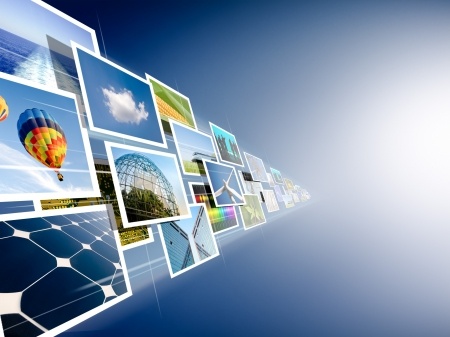 Many people focus on the inherent benefits associated with search engine optimization. More specifically, standard search results provide access to a global network of information that couldn’t be easily navigated otherwise. Yet the default set of search results one sees when searching isn’t all that’s out there. Just as important are media-based search results, which notably includes Google Images.

If you can rank in results for a particular query or SERP, why not do so? With millions of people using Google Image searches every day, it makes sense to embrace this as yet another form of traffic and a method for building further authority.

Here’s what you can begin doing to get recognized more often in Google’s image searches.

What Impacts Which Images Get Seen?

Before you can hope to feature more prominently in Google Images, you must first know what factors impact visibility.

The age of an image is considered in rankings, as pinging users with outdated imagery doesn’t enhance the search experience. While this isn’t incredibly influential, it is a metric to consider.

Your website’s authority is an important factor in whether images will rank, which is influenced by factors such as domain age, number of backlinks earned and desirability of overall content.

Obviously the overall context of the image is important as well: ranking for a (seemingly) random image included in a blog post to break up its monotony is not likely going to happen.

Search engines must be able to read your images in order for them to rank in Google Images. As such, the use of obscure file formats is not recommended. Typically, .PNG, .JPEG & .GIF are the standards for success.

Google Images isn’t just picky in terms of factors like website authority and file format: it also cares about more nuanced elements in each image it ranks prominently.

First and foremost, let’s talk about file size: a large image is less likely to rank prominently (especially in mobile results) as the lengthy amount of time it takes to load isn’t convenient for select users. You can either crop images to reduce their file sizes and/or use a compression utility to bring the size down further.

Text, titles and captions are also crucial to ranking in Google Images. Most content management systems allow for the easy adding of captions to images when uploaded. Image titles and alt text are two other areas worth optimizing to ensure optimal performance in Google’s image-based search results.

Additionally, be sure to optimize the file name prior to upload. This can be renamed to include a keyword relevant to the image SERP you’re targeting, to reflect the content/title of the page or post it is being added to, or another relevant alternative. Just make sure to give each uploaded image an actual name rather than a string of random numbers and letters, as these images hardly ever rank prominently.

For anybody pinging users with images in search results already, this information may seem straightforward. However, most people aren’t actively targeting Google Images despite its massive potential for building influence and traffic alike for their websites. With these tips, you’ll surely be able to build a foundation that’ll ensure greater SEO performance across image-based and text-based search results in the future.

Tags:
Google Image Searchseo
« How to Use Keywords in 2020
How to Use Content Marketing When Appealing to Other Businesses »
Share

The Biggest Considerations When Pursuing Mobile-First Indexing
SEO Can Be Harmed by These Blogging Errors
Ready to Perfect Your SEO Content Writing? Follow These Steps