Changes to Google Local Pack – How to Respond Effectively 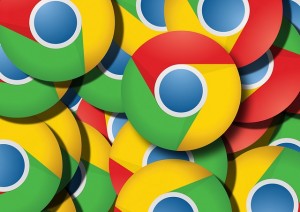 Local SEO considerations have increasingly become important to many brands that have made the decision to compete within smaller and smaller niches, allowing them to be more effective. While competing for national or global SERPs can sometimes be possible, many brands have made the decision to focus more on specific, targeted SERPs as a way to more effectively dominate and be visible in the top of search results. Google’s “Local Pack” search results have been altered recently, reducing the overall number of results that are displayed by default. If you want to maintain optimal visibility in this dynamic and need to know how to respond to these changes, then continue reading to find out more.

All too many people panic when they first see that their visibility has changed in a given Google SERP. Rather than freaking out over these changes, it is highly recommended that you exert a calm reaction to this development. Many reports have shown that in regards to Local Pack specifically, the disappearance of the bottom four results isn’t actually a big deal. Many of these former positions were not generating any traffic, phone calls or inquiries in the first place; Google determined that it was pinging noise by listing these other results, which is why it has reduced the number of Local Pack results to 3. Instead of quickly reacting to this and making mistakes, now is the time to begin re-focusing on how to improve overall rankings in order to appear in the top 3 in Local Pack.

As it turns out, a huge component that affects Local Pack rankings is reviews. This simple element is often easy to master within local search results, as very few establishments have reviews on Google. By encouraging your customers and visitors to leave reviews via Google and other platforms, you will be able to slowly but surely ascend into one of the top three spots. Not only is the overall rating important, but the number of reviews matters as well. Local Pack algorithms weigh these two elements against one another in order to often determine which three local results will appear in search, so be sure to promote reviews via Google among your customers and audience at every opportunity.

If you have been focused on several different SERPs and have dropped out of view on Local Pack, then now may be a good time to refocus your efforts on targeting a fewer number of SERPs. With so many people contesting local SERPs, it can sometimes be impossible to focus on multiple efforts at once. Likewise, a given local keyword may need to be further refined in order to achieve Local Pack visibility; for instance, “auto glass repair” may need to become “emergency auto glass repair” in order to be seen by others. Focusing on too many local SERPs or those that are too generic can result in you pinging noises to search engines, which means that you may never been seen in these Local Pack listings.

Taking an Audit of Your SEO? Remember to Assess These Areas
Find Keywords with These Secret Sources
The Three Important Criteria to Use to Evaluate Links