Why Naming and Shaming Late Payers is a Bad Idea 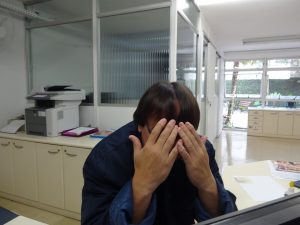 Every business is going to come upon a situation in which a client does not pay for services provided as agreed. Although this can be frustrating, often your first inclination is not the best course of action. Making a public statement that names those whom have not paid their bills on time might spur them into action, but it can also lead to an unanticipated and negative backlash. People who are unfamiliar with your brand might not get the best first impression, while those already acquainted with your company may end up not wanting to do business with you anymore. Even if you feel justified, naming and shaming late payers is never a good idea.

By publicly naming and shaming clients who pay late or not at all, you are the one that ends up looking unprofessional. It may not be fair, but that is the way that the public at large will perceive you and your company. As business dealings are often private matter, it would not be appropriate to suddenly start to speak publicly of a financial issue you having with a client once it comes time to pay. Being professional sometimes means that you have to proverbially be the bigger person. Write off whatever loss you have incurred and make a mental note not to do business with the culprit in the future, but never utter a word about it, at least publicly.

What are Your Business’s Priorities?

Just like it takes effort to dodge collection calls and make up creative excuses, publicly highlighting an event that occurred in private is also a noteworthy endeavour. When you name and shame late payers, you’re basically saying that you can’t think of any other way to deal with things. It can even indicate that your company is having financial issues to need to go to such lengths. If you have the time to announce to the world that you have a few late paying clients, you probably aren’t making good use of it. Almost all successful companies have issues collecting from their clients, but they continue to grow and move on, all without informing the public about it.

Companies that make a habit out of naming and shaming non-paying customers often get people talking. In fact, with the increased attention that this sort of activity can bring, people are also a lot more likely to uncover facts about your brand that you’d rather have remain hidden. The end result of an effort to get a client to pay up can cause your company name to become tarnished, vilified and even falsely accused of offenses that you have never heard of before. The late paying clients may end up fighting back by heading a smear campaign, or they might enlist the help of sympathetic friends to do their dirty work. In either case, you would be much better of letting sleeping dogs lie.

Naming and shaming might bring a little cash your company’s way, but it’s really not worth the hassle. It is better that you learn to deal with these types of situations professionally and discretely. You can always take legal action and continue collection efforts if the sum of money owed is sizable, while benefiting from keeping your good company name.