Why Aren’t You Using Bing in Your SEO Efforts? 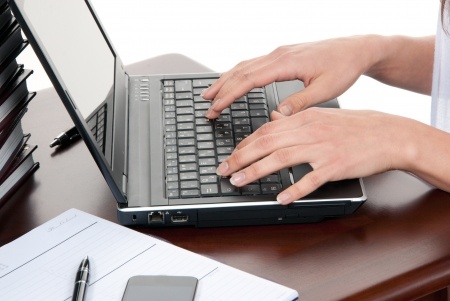 For many years, search engine optimization specialists have focused on Google as the end-all, be-all search engine target. It is true that this is a viable strategy: with the majority of search engine users utilizing Google as their primary search engine, the largest and most robust audiences on a global scale can be found via Google’s SERPs.

Despite this, other search engines exist that make it possible for brands and users alike to connect in meaningful ways. Bing is one notable example, and currently holds roughly 5 percent of the US search engine market share.

To illustrate this point further, we’ll talk about some benefits of Bing and how they can help search engine enthusiasts better embrace a broader SEO approach.

The Keyword Game Is Easier

Arguably one of the biggest differences between Google and Bing – and one of the biggest advantages in using the latter – is the effect that keywords in content can have on rankings. While Google does analyze keywords, the ability to strategically use them in every situation with the expectation of results is far-fetched.

However, Bing explicitly encourages its SEO enthusiasts to utilize targeted keywords where relevant, with the acknowledgment that keywords actually do have influence on which sites and pages rank for select search results.

The influence of formatting elements such as heading tags also have more influence with Bing than with Google, helping you even more when it comes to ranking well via Bing.

For both Google and Bing, the act of pinging URLs to and from your website and its pages can have a huge long-term effect on SEO outcomes. However, Bing and Google each evaluate these links differently – with Bing offering potentially easier and better outcomes in this regard.

While Google will look at the overall authority and content quality of sites linking back to you, Bing instead tends to focus more on the age of the domain in question and how many links you have earned over time. While it is never advisable to buy links or otherwise try to earn a large number of links in a short time period, earning a steady number of links can more quickly provide your brand, blog or business with more notable visibility in Bing’s results than Google’s.

Last but not least, one notable negative that SEO gurus have always found problematic with Google is the lack of social media influence on search results. While social media posts and profiles can quite easily appear in select SERPs, their effect on bolstering the sites and/or brands they represent in other venues is negligible.

Bing, on the other hand, acknowledges that pinging URLs from social media for your brand can bolster visibility in search results for your website and its pages. While this is frustrating for those who want to manage SEO on both Bing and Google, the extra time spent cultivating social signals can be a huge benefit on Bing – and given there is less competition in general among SEO enthusiasts on Bing, the payoff can be bigger than some might realize.

Ultimately, the existence of Bing itself means that any diversified SEO strategy for a brand should consider its benefits. Given that keywords, links and social signals alike all have more influence via Bing, many SEO gurus will already have a solid base of benefits from which to build on the search engine. Consider these differences carefully and remind yourself that investing time into Bing is a worthwhile endeavor.