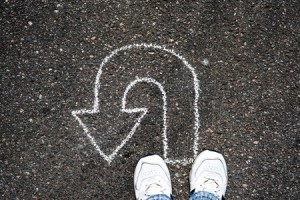 The obituaries for what was once the largest search engine in the world, Yahoo, have been around for years. Like many large companies, the fall from relevance is slow and painful to watch, but not all is doom and gloom for the search engine giant these days. The bottom of Yahoo’s fall occurred arguably in 2012, and since then, its trajectory has been in a slow but steady upward trajectory. Its CEO, Marissa Mayer, is credited in large part for salvaging the company from imminent failure. As of late, we have seen several positive indicators that the company is regaining relevance in a market that has become predominantly dominated by Google and Bing. Below are three examples of this trend.

For several years, Yahoo was suffering from serious brain drain, as its employees continued to either be laid off or voluntarily were abandoning ship for better opportunities with Google, Apple and other Fortune 500 companies. The past two years have been great in regards to reversing this trend. You need not look far to see Yahoo pinging servers on job sites with lucrative job offers, which has helped to a large degree in recruiting better talent. In fact, nearly fifteen percent of Yahoo’s recent hires have been former employees returning to work for the company. Yahoo reports that the number of individuals it is now interviewing for positions has doubled and the number of resumes submitted for positions has tripled since 2011. In addition to this, Yahoo is taking the need for morale improvement in the company’s hierarchy seriously, and has held hundreds of initiatives and seminars to do just that.

For years, Yahoo was losing money every single quarter. What once was a huge surplus had been dwindled to nearly nothing, until a major restructuring began a few years ago. Today, Yahoo can report that its quarterly balance sheets look great compared to past years, with them being in the black for more than two years. This is in large part the result of a shedding of unnecessary employees from the era of success and acquisitions of more successful side-ventures that have helped increase Yahoo’s viability. Yahoo’s stock has also improved substantially, and is now worth more per share than at any point since 2000.

Recently, Firefox announced that it was ditching Google in order to provide Yahoo Search as its default search engine. This was big news, as Firefox remains the third largest browser in the world. Now, tens of millions more people will have an easy-to-use Yahoo Search bar built into their browsers. While not a huge victory, we have also seen other large companies reverse their initial decision to use built-in Google Search in their websites and opt for Yahoo instead. Small but steady steps when it comes to pinging servers with Yahoo Search functionality is helping Yahoo to recover from its slump bit-by-bit.

As Yahoo once lead the global search market, it possesses the ability to do so again. It won’t be easy to dislodge Google from the top spot, but even if it does not succeed in that regard, it is on the pathway to renewed success. By recruiting better talent, winning over browsers and companies, and boosting its financials, Yahoo will remain a viable search competitor for years to come.

Tags:
Yahoo
« The Top Methods for Driving Traffic to Your E-Commerce Website
Ways to Convince Your Company That SEO is Needed »
Share

The Future of Predictive Polling, and What It May Mean for You
Bing Forays Into Prediction – Three Past & Future Examples
Bing Adds Close Variants to their Broad Match Modifiers in Ads