Should You Use AdSense on Your Site? 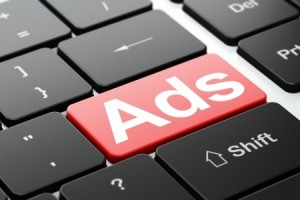 If you’ve seen the movie the Social Network, you may remember Mark Zuckerberg emphatically stating that he didn’t want to monetize Facebook with advertising to begin with.  He says that Facebook is cool, and advertising is not cool. While Zuckerberg seems a somewhat unlikely person to be telling his cohorts what is and isn’t cool, he definitely had a point.  Most people will tell you they don’t enjoy being advertised at.  This is never 100% true, because everybody has favourite adverts they enjoy, old adverts they get nostalgic over, and some degree of interest in new adverts such as at the Superbowl and at Christmas time, but it is most unlikely that any of the adverts that really touched them appeared at the side of a blog they were reading.

Facebook now is, of course, a very big advertising platform, however the amount of on screen real estate devoted to ads is really quite small, and the logic attempts to match the ads to the user’s interests.  This, when it works, benefits everybody, because the user is less likely to see too many ads for things they just don’t care about on sale in countries they don’t live in, and the advertiser can optimize their budgetary spend by targeting people geographically and demographically in line with their product.  Also, because of the way you buy advertising campaigns on Facebook, the commercials you see vary between those of major brands and those of small, local concerns – unlike mass media, just about anybody can have their ad rubbing shoulders with one for Nike or Coca-Cola.

This brings us on to AdSense.  You can join the program and agree to display targeted adverts on your own blog or website.  Some rules apply, for instance if your site contains adult content (and this doesn’t just mean pornography – comedy sites with strong language for instance, are also exempt), but for the most part anybody with a website can monetize it in this way.  The ads displayed are chosen based on the keywords in your content, so theoretically they will be in some way relevant to your audience, and you choose the sizes, styles and quantities of ads you are willing to display.

However, it is hard to make any real money off of AdSense, and in many ways it can be better to leave your blog or site ad free (and therefore “cooler”).  Other ways of making money such as affiliate marketing tend to yield far greater returns (though obviously more effort is involved), and if you are just blogging or running your site for fun rather than for profit you may take pride in giving your readers content without commercials.

If you get a lot of traffic and aren’t monetizing your site in any other way, AdSense can be a good idea – it would be foolish not to try and pick up some cash from some of those visitors you worked hard to get.  If your site is small and nichey, or you are making money elsewhere with it, consider keeping it ad free.