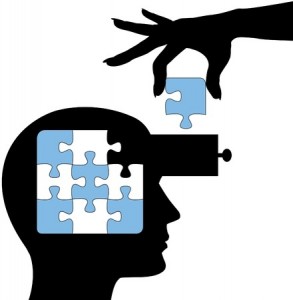 In the world of social media, there are dozens of unique metrics that can be used to determine various levels of progress: some focus on visibility, while others are more concentrated on the rate at which their content goes viral. Each social campaign may have its own unique strategy and goals, but ultimately, some metrics are universal in determining success. Some metrics systems try to combine all the data into a simplified number or rating, but this does not do your social campaign any justice in determining strengths and weaknesses. Below, we have outlined three important metrics that should be considered for any and all campaigns, helping you to be aware of your growing (or shrinking) social presence.

Customers, clients and followers of your brand expect to receive prompt feedback regarding their questions, comments or complaints. In many cases, a potentially bad situation can be rectified through simple attentiveness to the problem at hand. Rather than allowing those problems to go unsolved and in the process have criticisms pinging search engines, you should be attempting to have the lowest average response time possible. Simply put, this is an aggregate of all of your important messages and the average amount of time it took for you or someone with your brand to respond.

The best way to leave a bad impression is by leaving no impression at all – namely, by failing to respond to a message that would be deemed important by both yourself and the sender. Sometimes, people have simple questions about your brand that they would like answered. When you fail to respond, you leave an impression that the brand itself does not care about outside opinion or questions. Your response rate should include all important messages (the same as the response time metric) and your rate is simply determined by the number of messages you or your brand responded to out of those within a pre-determined period of time.

Your Rates Compared Against the Competition

Some social metric systems like Sprout Social allow users to monitor and compare their response times and response rates to that of other social campaigns that are within their niche or industry. When comparing this data, obviously you will want these two metrics to be at least average, but preferably better than average. Campaigns that go above and beyond the call of duty will often find themselves rewarded with positive social commentary and increased web chatter, all of which will be pinging search engines with their comments and findings.

While many metrics may be valuable in discerning the success of your social media campaign, one of the most important ways in which you can be sure that you are doing your part is through monitoring your attentiveness to customers’ and clients’ questions. By taking a proactive approach, you can appease all those who have questions and comments while also defusing many volatile situations with irate individuals. Please, consider keeping an eye on these response metrics so you can be on top of your social media empire and be ready to handle the next big challenge.